There were two very interesting nuggets in Ben Smith’s New York Times column about Apple on Sunday. First, the company reportedly has a policy that forbids negative commentary about China in their Apple TV+ content. Second, Apple CEO Tim Cook apparently put the kibosh on a scripted show produced by former Gawker writers that was going to be based on the former website.

First, Smith reports that Eddy Cue, an executive who has been at Apple for over 30 years, has told partners that “the two things we will never do are hard-core nudity and China.” This corresponds with what Buzzfeed reported last year, saying that Cue “gave guidance to the creators of some of those shows [on Apple TV+] to avoid portraying China in a poor light.”

The reasoning for this, when you get down to it, is self explanatory. Not only does Apple manufacture iPhones — which are the bread and butter of the company’s business — in China, but China, by virtue of its enormous population of 1.4 billion, has more iPhone customers than any other country in the world. In 2017, there were 228 million iPhones in use in China compared to 120 million in America. (Disclosure: I own stock in Apple.)

Content is an ancillary business for Apple. Disney, which is much more squarely in the content business, has never had explicit guidelines like this leak. However, like Apple, Disney is highly dependent on Chinese customers and plays ball with the authoritarian Chinese government. This was on display a few months ago when a propaganda ministry of a region that commits human rights atrocities was thanked in the Mulan credits.

The preceding paragraphs do not seek to justify or rationalize why Apple and Disney walk on eggshells so as to not offend China — like the NBA did when Rockets GM Daryl Morey supported democracy protesters in Hong Kong — but rather to explain it.

As for Gawker, the site was a thorn in Apple’s side, leaking phone prototypes and at one point outing CEO Tim Cook as gay. Former Gawker personnel Cord Jefferson and Max Read sold an idea to Apple TV+ for a show based on the late website, also bringing former Gawker editors Emma Carmichael and Leah Beckmann on as writers for the project.

Smith reports that they had completed multiple episodes of the show but that Cook caught wind of it and squashed it:

“Then, an Apple executive got an email from the company’s chief executive, Tim Cook. Mr. Cook, according to two people briefed on the email, was surprised to learn that his company was making a show about Gawker, which had humiliated the company at various times and famously outed him, back in 2008, as gay. He expressed a distinctly negative view toward Gawker, the people said. Apple proceeded to kill the project. And now, the show is back on the market and the executive who brought it in, Layne Eskridge, has left the company.”

Whether or not you have sympathy for these Gawker alumni, it’s worth reading the full NY Times story for a glimpse at how Apple apparently handles its content processes. 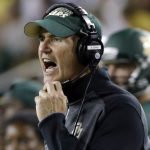 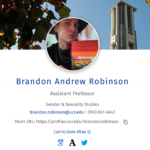