Former Pittsburgh Steeler and All-Pro Antonio Brown has called it quits from the NFL, again, we think.

at this point the risk is greater than the reward thank you everyone who been part of this journey i sincerely thank you for everything! life goes on 84!

“At this point the risk is greater than the reward thank you everyone who been part of this journey I sincerely thank you for everything! Life goes on 84!”

This announcement should surprise no one as it seems Brown was struggling to find suitors for the 2020 season. The Tampa Bay Buccaneers seemed like a perfect fit on the field, but head coach Bruce Arians killed the dream.

“Yeah it’s not gonna happen. There’s no room and probably not enough money. It’s not a fit here” Arians said.

The Buccaneers didn’t give him the time of day and it had nothing to do with football. Brown is an impulsive human being that will say or do anything he sees fit to get players and ownership to give in to his every wish. Like a child.

On his way out of Pittsburgh, he lashed out at quarterback Ben Roethlisberger saying that he “had an owners mentality” not long after throwing a football at him during a Pittsburgh walkthrough.

He has since apologized.

Ahead of his Raiders tenure, he threatened retirement over a helmet grievance. Brown turned the dispute into such a show that the Raiders cut him.

The New England Patriots were next to take a risk on Brown, but the franchise cut him after just 11 days with the team after he sent threatening text messages to a female artist.

Fast Forward to today: Antonio Brown is retiring because he has no suitors.

The NFL has finally figured out that the best way to deal with Brown is to not deal with him at all. The former All-Pro will continue to reject accountability for where he is and he reeks of athletic privilege.

Antonio Brown threatening retirement now is on par with your ex-girlfriend blocking and unblocking you for a third and fourth time. His uneventful ‘return’ announcement awaits. 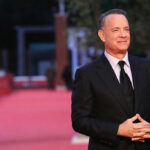 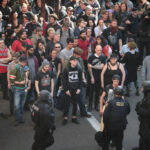