I know that the NBA just ended, and there’s still more a month until it begins again, but I like looking in the offseason of any sport to see what the futures are and monitoring how they evolve.

Here is what NBA futures look like right now with our partners at FanDuel: 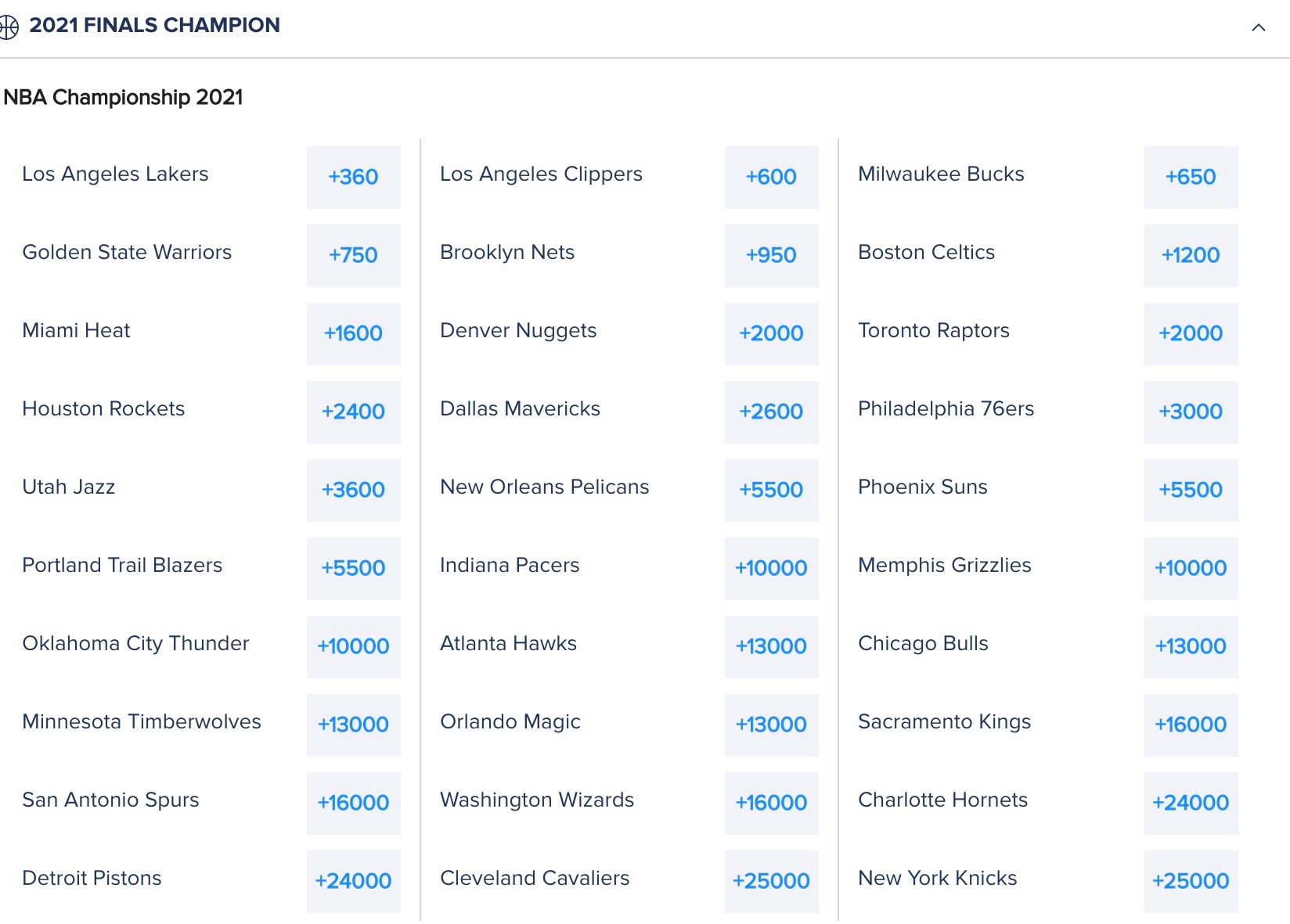 The intriguing teams for me here are the Nets, Heat, Nuggets, and Mavericks. On futures bets, I always tend to shy away from the biggest favorites. I expect Kevin Durant to return from his torn Achilles and become the best player in the Eastern Conference, and while I’m wary of hitching my wagon to Kyrie Irving, I feel like he’ll be locked in for his first season playing with Durant.

Obviously the Heat made the NBA Finals last year, so they remain a team on the rise. They were only able to push the Lakers to five games, but 20-1 is worth a flyer, even just with injury variance. The Mavericks, with Luka Doncic as a bona fide MVP candidate, are going to have better than +2600 odds at some point this season in my estimation.

The other intriguing number is the Warriors. They will have Steph Curry, Klay Thompson, and Draymond Green to start the season. They’ve got the second pick in the draft, which means they have a great shot at adding a rotation player either by keeping the pick or through trade. Hopefully they’ll reignite their rivalry with LeBron, because that juice was definitely missing last season.