Steelers LT Alejandro Villanueva wore the name of Alwyn Cashe on his helmet during last night’s game against the Giants. As noted by Chris Adamski of the Pittsburgh Tribune-Review, Cashe was posthumously awarded the Silver Star for his service in Iraq:

Cashe was posthumousky awarded the Silver Star for heroism after his death at 35 while on duty in Iraqhttps://t.co/a4Pbp3UERU had said ALL players' helmets would have Antwon Rose Jr's name pic.twitter.com/UMqbxVo6mj

“Cashe wasn’t initially hurt when a roadside bomb exploded Oct. 17 next to his Bradley Fighting Vehicle while on patrol in Samara, Iraq, family members said,” The Associated Press wrote. “But he suffered second- and third-degree burns over 70 percent of his body when he ran back into the vehicle in an attempt to rescue other soldiers trapped inside, according to his family.”

Cashe died three weeks after the explosion, in November of 2005. He was 35 years old and was survived by his wife and daughter, who was 12 years old at the time.

On Monday, Steelers.com reported that every player on the Pittsburgh Steelers would “unite as one” and wear the name of Antwon Rose Jr. on the back of their helmets all season. The team web site described the night of Rose Jr.’s death:

On the night of June 19, 2018, the car Antwon Rose Jr., who is black, was a passenger in was pulled over by the East Pittsburgh Police. While the driver was being handcuffed on suspicion of being involved in an incident that happened earlier that evening, a frightened Rose fled from the car. The cell phone video a bystander captured showed Rose running, and then you could hear gunshots and see as he was fatally shot in the back three times by a white East Pittsburgh Police Officer.

Villanueva played college football at Army, served as a captain in the military, and was awarded a Bronze Star for his service.

This is the second time Villanueva has removed himself from a team protest. Before a game in 2017, Villanueva stood outside the Steelers tunnel for the national anthem while the rest of the team remained in the locker room. 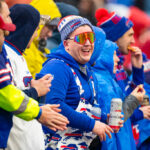 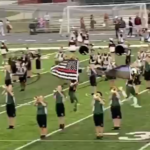