We do it every time, right? When Alabama doesn’t win a national championship, we claim the dynasty is over. “Someone actually got the best of the almighty Nick Saban? Oh man, the decline will be steep then.” We’ve all heard that at one time or another.

The Crimson Tide had gone two consecutive seasons without being the last team standing, and that really had people talking about the end. A 44-16 blowout loss to Clemson in the championship game followed up by missing the College Football Playoff?

It has to be over, right? Wrong.

The dynasty isn’t over yet, and Alabama proved it with a dominant 52-24 victory over the Ohio State Buckeyes for another national championship on Monday. It was the Crimson Tide’s sixth under Nick Saban, and the second time his team has gone undefeated.

Alabama almost doubled Ohio State’s offensive output, outgaining the Buckeyes 621 to 341. Quarterback Mac Jones broke the record for most passing yards in a national title game with 464 — in addition to his five touchdown passes.

DeVonta Smith left the game early due to a hand injury, but not before the Heisman Trophy winner racked up 12 catches for 215 yards and three scores. Yet again, Smith proved it’s impossible to limit his success.

The result of this game also moved Saban into a category of his own.

He has now surpassed legendary Alabama coach Paul “Bear” Bryant for the most national championships during the AP Poll era. His total now sits at seven, six of which came with the Crimson Tide while the other was at LSU.

What we have witnessed over the last 14 years is nothing short of incredible. This program has now won a whopping six of the last 12 national titles, a run that may never be repeated on the major college level.

Yes, Alabama will once again lose a ton of talent, including three of the top-five finalists for the Heisman Trophy. There will be first-round picks from Tuscaloosa early and often come April, but we need to stop assuming that will result in regression.

Saban and company just signed arguably their best recruiting class of all time. It’s littered with potential playmakers for the future — on both sides of the football.

Has the Alabama dominance gotten old? Yeah, probably to most people. Is it going away anytime soon? Absolutely not.

The Alabama dynasty looks like it is here to stay, folks. 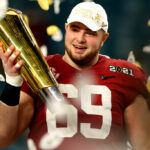 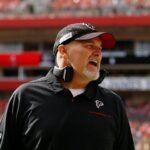