Try to count the number of laterals it took Friday night for Hillcrest-Tuscaloosa (AL) to beat Wetumpka. You’re going to lose count. Down 30-28 with 2.9 seconds left and on its own 41, Hillcrest went to its trusty lateral play and pulled off one of the most incredible endings in high school football history.

Don’t believe me? Just watch these laterals and how Wetumpka was so close to ending the game before it all went so wrong.

Apparently Hillcrest actually does practice this type of play. AL.com reports the play is called “Bronco” because coach Sam Adams saw Boise State run it. Now Adams’ team practices it and all that work paid off.

“We practice something that kind of looked like that every Thursday,” Adams told AL.com. “If it’s a fumble and the other team picks it up, we’re behind anyway so it doesn’t matter. Our guys did a good job of doing what they were coached to do and staying behind each other.” 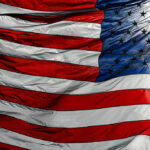 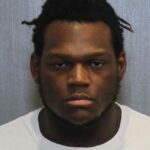