We have waited a long time for this matchup and we have finally made it to game day. Inside the beautiful Mercedes Benz Stadium, both teams have hit the field for warmups, to the cheers of each teams early arriving fans. 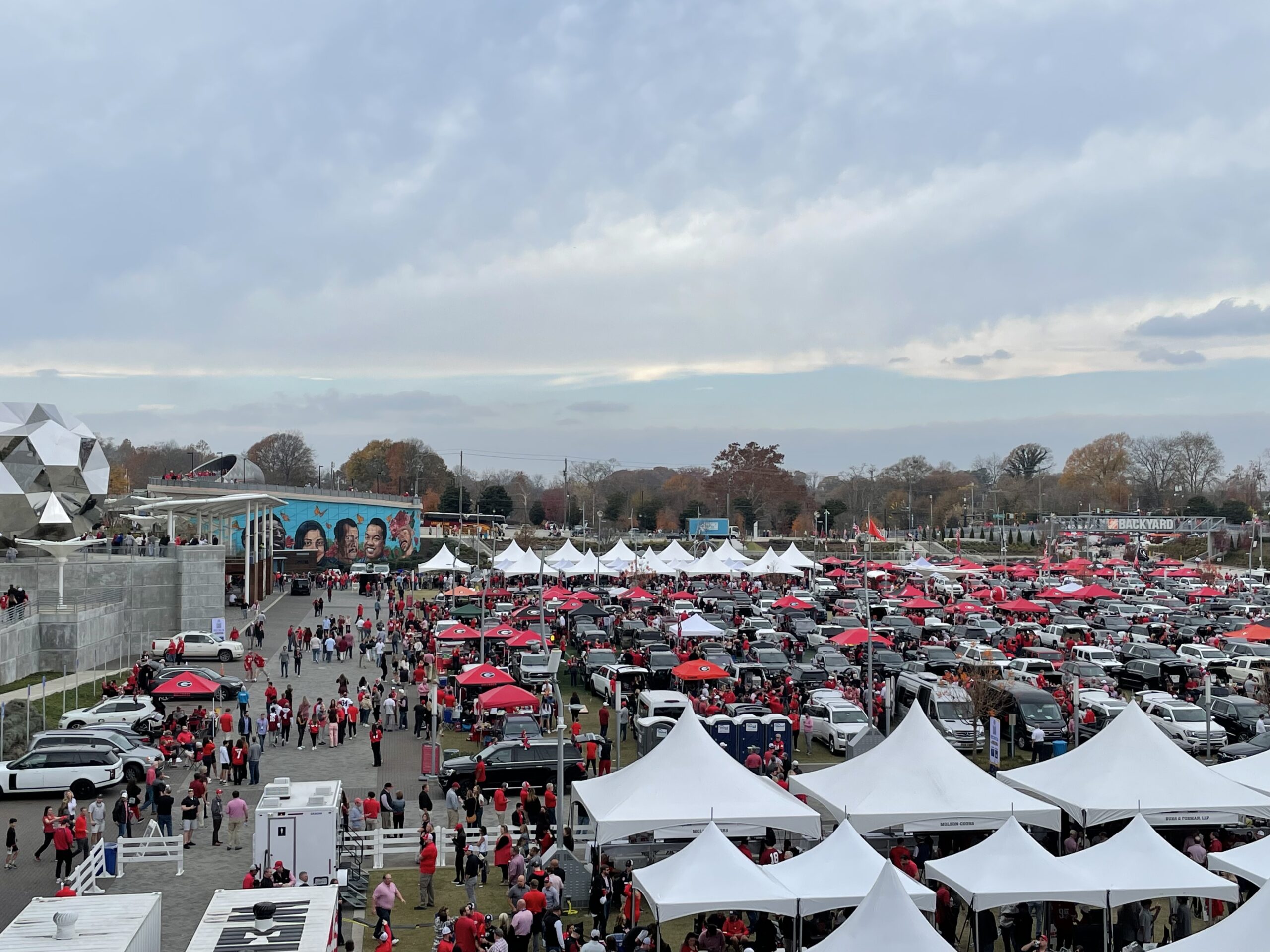 The Baylor vs. Oklahoma State game is currently playing on the huge scoreboard, that is 360 degrees round. The bands have taken their seats and the anticipation is starting to strengthen. The crowd is still getting lit outside the stadium, while I witnessed one young lady try to sneak in some seltzer drinks into her small purse. It didn’t work, but I give her credit for the effort. 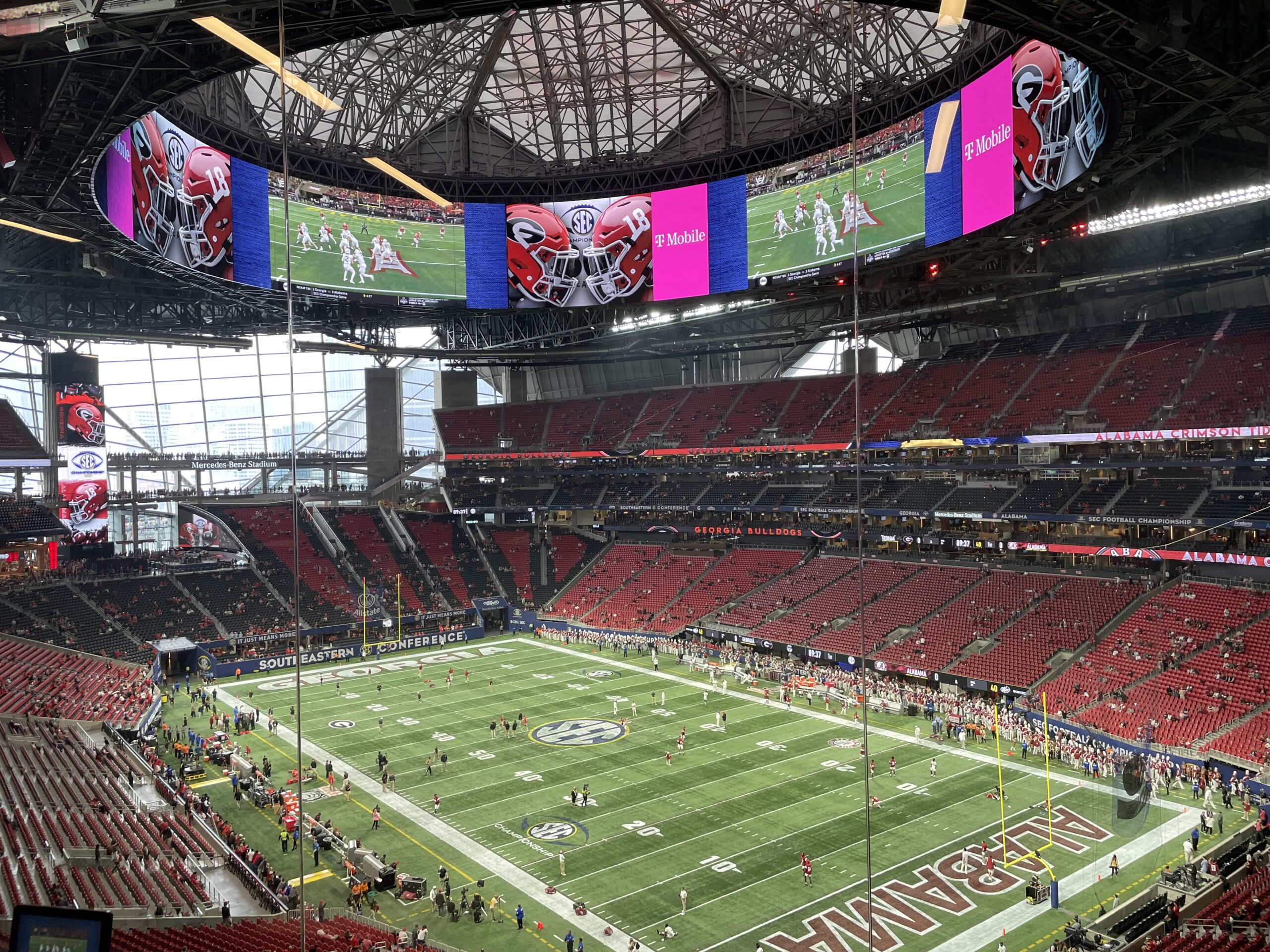 As we get closer to kickoff, the reality starts to creep up on everyone in the building. Can Georgia actually take care of business today and beat Alabama, which they haven’t done in the past six attempts?

There looked to be a whole lot more Georgia fans in the stadium area than Alabama, as this should be a home game for the Dawgs. Yes, there is a difference between Georgia red and Alabama crimson, and it’s noticeable.

Thank goodness for SEC Football, as the pageantry doesn’t get much better than seeing the young man, presumably in college, barfing into the garbage can as I walked in.

Yep, we are ready for the SEC Championship game.