Unless you’ve been living under a rock, you know that Twitter banned President Donald Trump for 12 hours, and Facebook banned him indefinitely. This decision was surely not made lightly by the social media platforms, but they clearly felt they had no choice after the president’s supporters, following his persistent baseless claims that the election had been stolen, rioted, stormed and ransacked the US Capitol as Congress was set to ratify Joe Biden as the next president.

The decision, and previous ones like it, to either remove or “clarify” Trump’s posts, opens a can of worms. Now, Twitter is going to have to make millions of censorship decisions.

Right now, this tweet from the Chinese Embassy has been up for more than five hours:

Study shows that in the process of eradicating extremism, the minds of Uygur women in Xinjiang were emancipated and gender equality and reproductive health were promoted, making them no longer baby-making machines. They are more confident and independent. https://t.co/lykDhByEiL

Not only has this tweet not been removed, there’s no disclaimer pledging that these claims have been disputed. Here is what the Associated Press wrote last June about what experts told them was “demographic genocide” of Uighur Muslim women in the Xinjiang region:

The state regularly subjects minority women to pregnancy checks, and forces intrauterine devices, sterilization and even abortion on hundreds of thousands, the interviews and data show. Even while the use of IUDs and sterilization has fallen nationwide, it is rising sharply in Xinjiang. The population control measures are backed by mass detention both as a threat and as a punishment for failure to comply. Having too many children is a major reason people are sent to detention camps, the AP found, with the parents of three or more ripped away from their families unless they can pay huge fines. Police raid homes, terrifying parents as they search for hidden children.

Nothing says emancipation like concentration camps, forced abortions, sterilization, and having parents and children separated for ransom by the state.

The freedom of speech guaranteed to Americans by the First Amendment does not apply to private businesses like Twitter and Facebook, who can allow or censor whatever they want. However, now that they have made the conscious decisions to be censors, they are going to have millions of judgment calls on their hands. Most won’t be as easy as this one from China, which you’d have to expect will ultimately get taken down just by virtue of how heinous and obvious it is.

There’s a really tricky line between “freedom to” and “freedom from” that I don’t envy these tech platforms, with their distribution firehoses, having to grapple with. My philosophy on life is that people should have freedom to do whatever they want, as long as it doesn’t encroach on anybody else’s freedom from behavior that tyrannizes their own liberty. For example, I presume everyone reading this would agree that the platforms should not allow child pornography.

What constitutes unacceptable hate speech or inciting of violence is a lot trickier. I don’t have any easy answers for Twitter and Facebook (and Reddit and Snapchat and Parler and on and on), but I lean on the side of having it play out in the open.

In the long run, I predict that pushing uglier content more and more to the dark web — places like 4chan, and private or semi-private message boards and group threads — will make violent uprisings more difficult to predict and address. Shifting radicalization opportunities underground is, in my opinion, a greater threat to our collective freedoms from violence.

In the meantime, now that Twitter and Facebook have turned a spotlight on this issue with censorship of President Trump, they are a) going to be more susceptible to arguments that Section 230, which indemnifies them from liability arising from the actions of their users because they are not classified as publishers, should be repealed, and b) going to have to hire armies of censors to keep up with maintaining any sort of order about what is and isn’t a violation of their rules. Tonight’s tweet from the Chinese Embassy is a poster child for the mess they will perpetually have to enforce given their censorship guidelines. 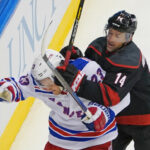 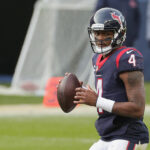