How were the Army Black Knights rewarded for a 9-2 season after beating Air Force Saturday and taking home the Commander-in-Chief’s trophy? They were left out of ESPN’s COVID 2020 bowl schedule, but the Worldwide Leader is trying to pin this on the Pac-12 and teams not wanting to play Army on short notice.

In a story posted early this morning on ESPN.com, reporter Adam Rittenberg catches up with Army head coach Jeff Monken who is furious at his team having to beg for a bowl game.

“We had guys in tears,” Monken told Rittenberg. “We pulled off the biggest wins of these seniors’ career. They just won the Commander-in-Chief’s Trophy back. That’s going to be their legacy, and they’re looking forward to playing in a bowl game one time together before they go off in the United States Army, and we’re sitting here telling them, ‘Sorry, guys, you can’t play.’

How does this happen? How is it the Commander-in-Chief trophy winner has to spend Selection Sunday begging to play a football game? You can thank the messed up system that ESPN & college football have created with bowl tie-ins, conference guarantees, and ESPN controlling all but one game this bowl season. (CBSSN has the Arizona Bowl featuring MAC champion Ball State vs. Mountain West champion San Jose State).

Now ESPN is out this morning with a story acting like what has happened with Army is a travesty.

In October, Army accepted a bid to the Independence Bowl and was scheduled to play a Pac-12 team. The understanding before COVID was that the Pac-12 would be there this year. The Pac-12 restarted its season in November, and the Independence Bowl still thought that it had a contract with the conference. Then the COVID surge comes, California is a total mess and bowl season is on the horizon.

Someone at ESPN and the Independence Bowl has to be able to forecast that they need an opponent for Army and a backup for the backup team. Someone has to tell Arkansas State to be ready just in case. You’re telling me there isn’t a single team out there willing to play Army on short notice? What about Navy? Texas Tech turned down the opportunity to play? Kansas State?

Here’s the solution that should’ve happened Sunday afternoon. Someone at ESPN, the SEC and the Independence Bowl should’ve gotten on the phone and worked out an agreement to move Tennessee out of the Liberty Bowl. Make financial arrangements. Tell Jeremy Pruitt he’s getting $100k in his pocket to move on.

Instead, 9-2 Army’s about to be left out of bowl season. Just another disaster from college football and its messed up bowl system.

Notes: South Carolina is 2-8 and hasn’t won since October 17 when the ‘Cocks beat Auburn; Mississippi State is 3-7 with nice wins over LSU and Missouri; Arkansas is 3-7. 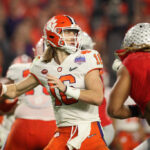 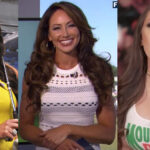