This is Outkick’s inaugural list of the top 50 most valuable sports media talents. The criteria were as follows: 1) How important they are to their employer’s content, 2) How much it would help a competitor and hurt their employer if they left, and 3) For people who are not on games or bumper programming, how responsible they are for individually galvanizing an audience, with a bonus for proving an ability to do that independently of a flagship media brand. Due to conflicts of interest, we have chosen not to include Outkick founder Clay Travis and new partner Jason Whitlock on this list. In disclosure, Clay Travis is an on-air talent for FS1 and FOX Sports Radio.

Raja founded House of Highlights, sold it to Bleacher Report, and later joined ESPN at the beginning of this year. He has especially proved his value in a time with no sports, driving platforms like the SportsCenter Instagram page to be evergreen. According to Front Office Sports, in part due to Raja SportsCenter accounts saw digital engagement increase 75% per post in March of 2020 vs. the corresponding period in 2019.

Will Cain, who is leaving ESPN, was a bright spot on ESPN Radio. Cain is often known for his unique perceptive and he excelled in every role he was in, whether it was delving into serious topics on First Take, light banter with Ryen Russillo, hosting Fantasy Football Now, or leading a solo radio show. ESPN discussed the idea of moving Cain up earlier in the radio lineup before he elected to leave the network, per sources.

Sharpe had doubters when he took on the role of Skip Bayless’s full-time foe after a disappointing stint with CBS. But, he’s reinvented his media career at FS1 and has created a fan base of his own (thanks to some hilarious memes). FOX Sports inked a multi-year extension with Sharpe last summer.

Ian Eagle is on the short list of play-by-play announcers who can call every sport at a high-level. Eagle will be one of the biggest media free agents when his contract expires at the end of the year. If he were available this past offseason, there’s widespread speculation around the industry that ESPN would’ve made a run at him to call Monday Night Football.

Russo continues plugging along with a very enjoyable radio show on SiriusXM. Every day you listen, he brings a vigor that is infectious, which is not easy to accomplish during these days that are bereft of any sports. He arguably has the best chemistry with callers of any sports talk radio host — Paul Finebaum is also in that discussion. Further, Russo is also very fun to watch on MLB Network’s High Heat.

The legacy of “Doc” Emrick is still being written. Perhaps there has never been anyone better at capturing the heartbeat of a game than Emrick. His voice is ingrained in the mind of every hockey fan. It’s he who they picture narrating while reminiscing about that game-winning goal and that series-changing save. Emrick is as polished a broadcaster as you’ll find in all of sports.

Charissa Thompson would be the No. 1 NFL host at most networks. It’d be a surprise at this point if she doesn’t one day host FOX’s main NFL pregame show. She’s an energetic, dynamic host who makes the analysts around her better. Thompson brings star power to sports programming from her crossover work in the entertainment industry.

43. Pat McAfee (Westwood One and WWE)

McAfee may not wind up getting tabbed to be an analyst on Monday Night Football, but that he was even considered for it — as a punter, and with his outspoken personality — tells you what you need to know about how talented he is. His radio show gets great engagement on YouTube, and he also adds a spark whenever he is on WWE’s NXT programming.

Chris Haynes is on the list of talents who have succeeded after leaving ESPN, In fact, Haynes has elevated since moving to Yahoo. He’s an unavoidable NBA reporter who breaks stories, with insider access to star players. Haynes gets these star NBA players to open up on the record. In addition to his reporting, Haynes is a frequent contributor on FS1 and was added to TNT’s NBA coverage as a sideline reporter.

Burke is very likely in line to jump up to ESPN/ABC’s NBA Finals broadcast team if Jeff Van Gundy or Mark Jackson returns to the coaching ranks. She has considerable respect around the game of basketball, both for her knowledge of the game and her broadcasting talent. 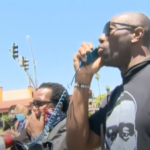 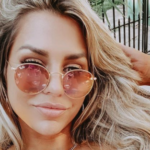