It’s hard to determine what the bigger upset was at this week’s Russia Epic Fighting Championship: 130-pound Aleksandra Stepakova going the distance with 530-pound boat anchor Grigory Chistyakov or that Chistyakov didn’t have a heart attack in the octagon.

Stepakova ended up battered in her brawl with the big boy of MMA, but it was the boat anchor who won a three-round decision over his much-smaller opponent.

If you’re thinking this is the craziest thing you’ve ever seen and it needs to be stopped, you clearly haven’t been paying attention to Russian gonzo MMA.

The last time we heard from Chistyakov was in 2020 when the chain-smoking beast was fighting another 130-pound woman. Darina Madzyuk made the mound round tap out after delivering dozens of blows to Chistyakov’s face as he laid face-first on the canvas.

“After this fight, I will start to train actively,” Chistyakov said after the 2020 fight. “It happened. She hit me fine, and I fell. Although she is small … I lay on her back, but she did not fall, and then I didn’t know what to do.”

As we see in 2022, Grigory hasn’t exactly slimmed down, but at least he redeemed himself by beating up on the much smaller woman for a few bucks and a probably a few carton of cigs. 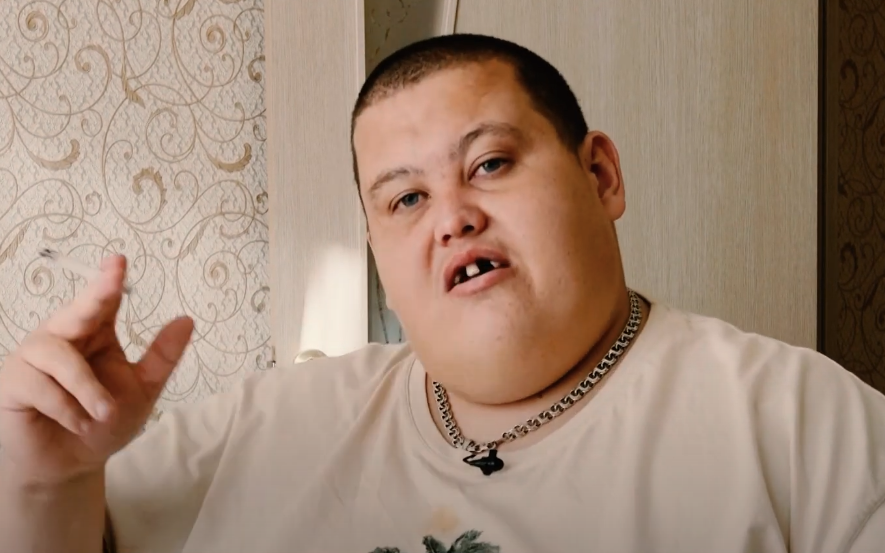