HoopsHype ran a roll for NBA talent evaluators to share which player they would start a franchise with. Luka Doncic was obviously on the list, but Zion Williamson fell down to seventh! This comes as a huge surprise considering the buzz around Zion, but his weight and position might be the cause.

There was already discussion about Williamson’s weight heading into the season, so why would that fear go away? All that’s happened since then is a knee injury that the New Orleans Pelicans babied all year. Made perfect sense to limit a 6’6″ 284 pound body and it justifies his ranking.

League executives are worried Zion isn’t a fit for where the NBA is headed. Ball handlers like R.O.Y Ja Morant and Luka Doncic seem to impact winning and have a better chance to stay healthy. At Williamson’s size, it’s not like he can stand on the perimeter with the guards and protect his body. His physical gifts are undeniable, while also being limited to a taxing style of play.

Jalen Rose and other ESPN analysts were harping on his size since his days at Duke and that helps explain why he fell so low on the HoopsHype poll.

Williamson is a baller, but he has to prove he can adapt

Zion doesn’t have to give in to his critics and order Jenny Craig, but he does have to show there’s a long-term niche for his game. Most generational talents in the NBA handle the ball and stay outside the lane to preserve their body. LeBron James played in Miami at 265 pounds and since then slimmed down for the back nine. His adaptability from physical freak to perimeter play turned him into the most reliable player ever.

The 20-year-old superstar averaged 22.5 points, 6.3 rebounds and 43% shooting from deep. The guy is an absolute stud, but the job of a league evaluator is to make predictions based on what they’ve seen. Charles Barkley is the closest athlete we’ve ever seen to Zion and by no means was he jumping 45″ off the ground.

For our own entrainment’s sake we hope Zion Williamson makes this poll a laugher someday by finding a way to stay on the floor for 2021 and beyond. 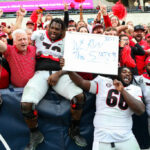 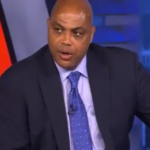