There aren’t a lot of opportunities for common sports fans to experience true team ownership, but an interesting story popped in the Wall Street Journal over the weekend: John Henry, whose Fenway Sports Group LLC owns the Boston Red Sox and Liverpool FC, has had talks about joining with an investment group that would take the conglomerate public.

Per the WSJ, Henry is engaged in talks with RedBall Acquisition Corp. (RBAC), a partnership between famous A’s executive Bill Beane and the private equity firm RedBird Capital Partners. Henry hopes that RBAC will buy a “stake that will total less than 25%” in Fenway Sports Group LLC valued at $8 billion.

RBAC is a special purpose acquisition group (SPAC), the general concept of which the Wall Street Journal describes as follows:

“Also known as blank-check companies, SPACs effectively turn the traditional model for initial public offerings on its head by raising money before they develop a business. They use the proceeds to make an acquisition—usually within a couple of years—that converts the target into a public company.”

While the story says that these negotiations are in the “early innings” and could fall through, it would perhaps be the best opportunity for the common public to invest in an MLB team. The Knicks and Rangers were spun off from MSG, which was another such direct opportunity.

A lot of people don’t realize it, but you can effectively buy stock in the Atlanta Braves. The Liberty Braves Group, whose stock symbol is BATRA, is a tracking stock for John Malone’s Libery Media, which owns the Braves, Trust Park, and some real estate surrounding the stadium. As Barron’s noted in a story last month, BATRA got hit hard by the pandemic, but partially rebounded from the losses when Steve Cohen paid $2.4 billion for the Mets. BATRA, worth about $1.2 billion, still trades at more than a 30% discount to the team’s Forbes valuation.

We all know about the Packers’ public model. Their stock essentially depreciates in value to near worthlessness after you buy it from the team. However, the intangible psychic benefits are worth it for the buyers, as I have argued for years. If the Packers were owned by a business magnate solely focused on profits, I’m not sure that they would still be in Green Bay. It’s hard to put a price on ensuring the stability and continuity of your favorite team.

It’s still unclear whether this Red Sox investment property would make MLB’s financials public like the Packers have with the NFL’s. We’d have to see how that would work. Even if their books are opened, we wouldn’t be able to draw the same level of insights for the rest of MLB as we can with the NFL, which splits the revenue from its national TV deal amongst all 32 teams. In MLB, local TV deals and the gate revenue from 81 games per year create wider variances across the sport. 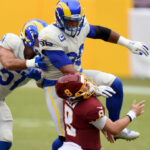 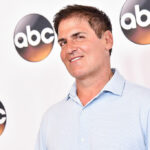