WWE was two beers shy of a six pack last Monday, and the two who missed out will now face the consequences.

On Friday Night Smackdown on Friday, WWE announced that women’s stars Sasha Banks and Naomi have been stripped of their titles and “suspended indefinitely” for refusing to participate in the main event “six-pack challenge” of Monday Night Raw with fellow female wrestlers Becky Lynch, Asuka, Doudrop and Niki A.S.H.

“Sasha Banks and Naomi let us all down,” Michael Cole said during SmackDown on Friday. “The WWE women’s tag team champions walked off the show and walked out of the building during Monday Night Raw.”

Sasha Banks and Naomi have been suspended indefinitely. There will be a future tournament to crown the new WWE Women's Tag Team Champions. pic.twitter.com/8xhJe0l5bV

Banks and Naomi allegedly felt disrespected by the WWE and “were uncomfortable in the ring with two of their opponents.” The two women have yet to speak publicly about the incident or the suspension, and their merchandise has been removed from the WWE shop.

Which is interesting, don’t get me wrong. But I think the most fascinating aspect of this latest update in the WWE women’s drama is Pat McAfee. The former NFL punter turned radio host, WWE wrestler and color commentator steals the show during this announcement. Don’t believe me? Watch it again with the sound off and focus exclusively on McAfee. 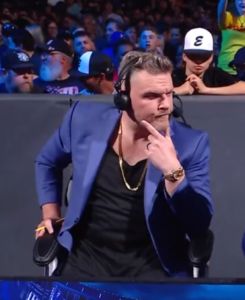 That’s what I thought.

And I wasn’t the only one to have noticed. Honorable mention to the kid in the white hat who, from behind, still manages to identify the true winner of this match: 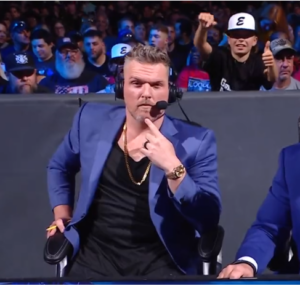 Now, most of you watching McAfee listen along to the announcement will think he’s channeling his inner Pepper Brooks of Dodgeball fame, and you’re not wrong. There is a keen resemblance between the two. 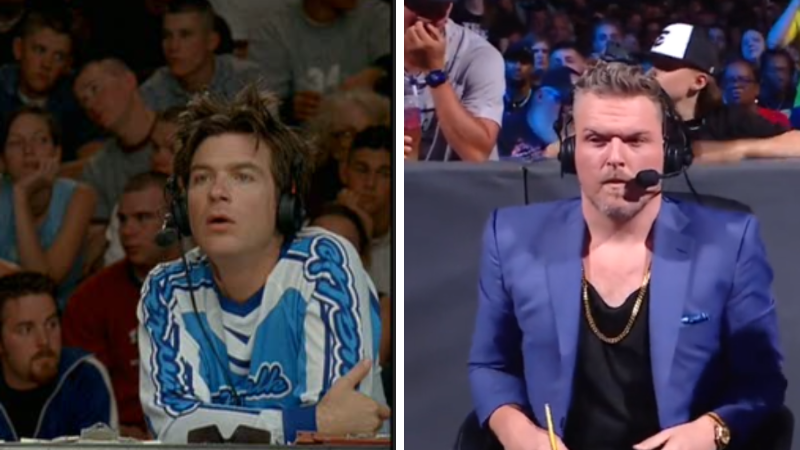 But in terms of poise and intense facial expressions, I think we have to reach back even further than Dodgeball, which was released 18 years ago (yes, you are that old), to this old clip of In Living Color. Watch the professionalism of David Alan Grier, despite Jim Carrey’s best efforts. The man doesn’t crack a smile.

That’s the kind of intense focus that McAfee brings to this ringside announcement about a couple of WWE women’s wrestlers who may or may not soon be out of a job. And we are here for all of it.