It’s the biggest week of the year for wrestling fans worldwide, as the WWE is taking center stage in Tampa, Florida with WrestleMania 37.

The annual Mania event has been extended to two days, with matches taking place at Raymond James Stadium on Saturday and Sunday evenings.

Before there’s any lockups in the ring, the company is celebrating some of their legends and favorite celebrities, and they aired their Hall of Fame ceremony on Tuesday evening on the company’s new home – the Peacock Network.

The Hall of Fame was actually taped on March 30th and April 1st, at the WWE ThunderDome, and was hosted at Tropicana Field in St. Petersburg.

While the WWE was able to put on WrestleMania last year even without fans, the company did not have a ceremony for the event. So WWE announced that the Class of 2020 would be inducted alongside the Class of 2021 at this year’s ceremony.

Maybe the most interesting name to be honored and placed into the HOF for the WWE is legendary rocker Ozzy Osbourne, whose involvement with the company goes way back to 1986 when he was in the corner of the legendary tag team the British Bulldogs at WrestleMania 2. 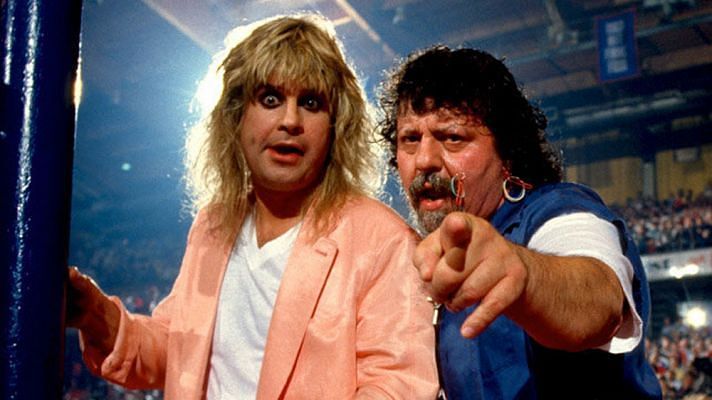 Osbourne has had some small time involvement with the WWE over the years, but being in the corner of the Bulldogs during the event in Rosemont, IL was the highlight of his WWE involvement.

Tuesday, Osbourne thanked the WWE fan base as well as company owner Vince McMahon during his speech from his garden in Los Angeles.

“Thank you so much WWE Universe for this award,” Ozzy said during the speech. “I don’t deserve it, but thank you anyway.

Since the company had to push back last year’s class, it was a stacked event. Those inducted include Molly Holly, Eric Bischoff, Kane, The Great Khali, the NWO, the Bella Twins, John Bradshaw Layfield and Rob Van Dam.