Would you sign a COVID-19 liability waiver to attend NFL games? The NFL is reportedly considering asking fans to sign a waiver to lessen the risk of lawsuits brought on by coronavirus claims. The waiver proposal is expected to be sent to teams soon as the league prepares its reopening plans.

It’s unclear what will be in that waiver, but waivers are popping up all over from the Tulsa Trump rally to hairdressers, gyms and even churches are getting in on this form of protection.

The league has already canceled two preseason games, announced the cancelation of the Hall of Fame Game, the Pro Football Hall of Fame postponed induction ceremonies and the NFL announced they’ll block off front rows in stadiums. It shouldn’t come as a shock if the NFL moves forward with a plan to ask fans to sign a waiver before attending games.

Does the NFL want to get wrapped up in some massive class action lawsuit? Of course not. The owners, players, cities, employees, etc. are already facing huge financial losses over stadiums that might be filled with as few as 8,000 fans like in Chicago and that’s if the city/state will even allow fans in the first place. CBS reports the 32 teams are looking at a collective $3 billion loss if fans don’t attend games.

Expect a waiver, expect thousands of fans to sign it and expect the NFL to do whatever it takes to get you into the stadiums.

Would you sign a Covid-19 waiver before attending NFL games? 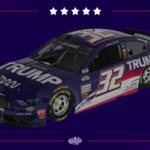 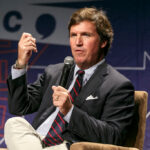