A mother’s job is never done.

That phrase was on display more than ever at Petco Park on Wednesday afternoon, when a mom holding her infant made a sweet, one-handed catch.

The catch came in the 6th inning of San Diego’s home loss to the Chicago Cubs 3-1.

Cubs pinch-hitter Jake Marisnick lined Yu Darvish’s cutter into the seats along the first-base line. At that point, the ball hit off the upper deck and then into the aisle before the woman reached out with all her might and grabbed the ball with her right hand, celebrating her good success.

Meanwhile, her little one remained safe in her left arm:

Mom makes a one-handed catch while holding her baby pic.twitter.com/s4pvTQCtJz

As you can see from the pictures on the internet and the pic below, the woman who captured the ball was as happy as a clam over making the play. 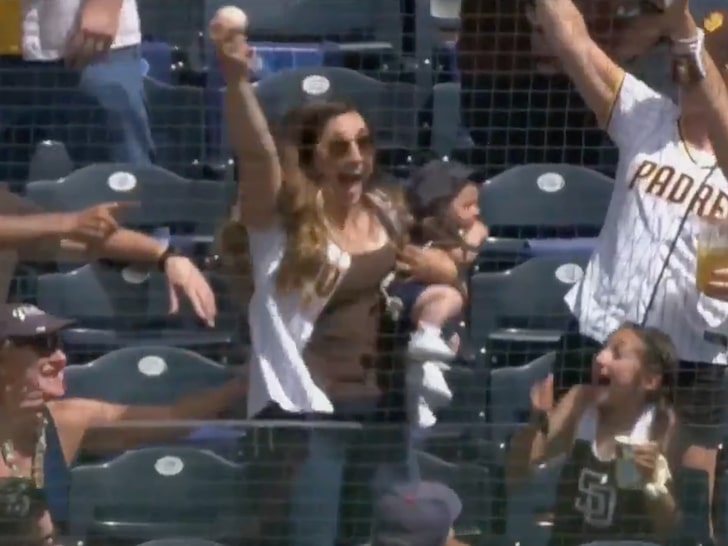 The crowd around her erupted as she celebrated her snag.