While you weren’t watching, the wokes were at work with the Merriam-Webster dictionary adding a note to the definition of “color-blind” to make sure people understand that there are racial inequalities that exist in society.

The dictionary company notes that while the racial version of the word “can be used with positive connotations of freedom from racial prejudice, it often suggests a failure or refusal to acknowledge or address the many racial inequities that exist in society, or to acknowledge important aspects of racial identity.”

Emily Brewster, a senior editor at Merriam-Webster, tells JusttheNews.com she’s not sure why the company didn’t make an announcement of the note back in January when it was added as it does with changes that are made to the dictionary.

“If nobody is offended by a word, the word isn’t offensive,” she told the news site.

Hold up, let me read that quote again. A word isn’t offensive if “nobody” is offended? And how in the hell are we supposed to live in a society where a few Twitter nerds can get together and determine that they’re offended by a random word? Come on, Em. Are you even listening to what is coming out of your mouth?

But a quick Google search reveals that Em is dead serious about this whole offensive word crusade. According to the BBC, in 2010 a black Drake University student emailed the dictionary company to order a change for the definition of “racism” to “include a reference to systemic oppression.”

Emily adds that “black,” “brown” and “white” have gone through new definitions since the Summer of Woke and it appears the company isn’t slowing down. The next word to get an update? Throw one out, Emily is all ears. 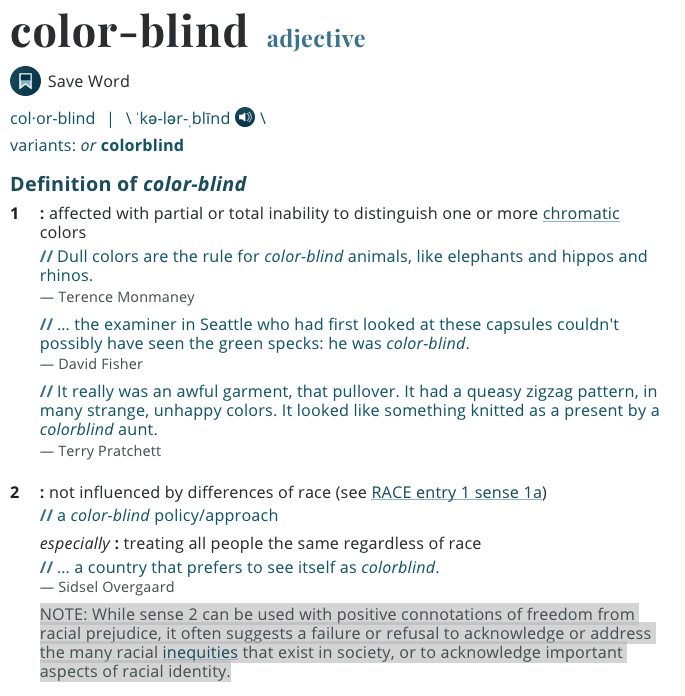