UCLA football coach Red Sanders once told his players, “Men, I’ll be honest, winning isn’t everything…Men, it’s the only thing,” and that attitude is exactly what has made the 2021 Woke All-Star Challenge such a battle to the championship game between Jemele Hill & Karen Rovell. The 16 competitors who entered the challenge knew what was at stake here.

Typically, winners win and losers lose. Not here. Sorry, Red. Only one loser can take home the title as the big winner in this challenge, and it all comes down to the ‘Queen of Woke’ vs. the COVID cheerleader in a battle to see which woke is hated more by the voters. A week ago, Rovell didn’t give himself a shot to get out of the Elite 8. But his love of COVID was so strong that he pummeled Pat Forde and Dan Wolken on his way to a battle with the most illustrious competitor he’ll ever step into a ring with.

There are titans of their industry, and then there’s Jemele Hill. She stomped out unhinged woke lunatic Keith Olbermann by double-digits in the Identity Politics Final Four and has yet to be challenged. The greats of the game are all gas, no brake and that is definitely how Jemele is handling her business down the stretch. She unloaded on the Masters and called on MLB to yank the All-Star Game out of Atlanta. That’s a huge week leading into the Woke Final Four, and that means she comes in hot against a guy who has to depend on pure hatred from the social media community. Rovell’s up against a queen who said all Trump voters are racist three years after saying her mother voted for Trump.

Here’s the beauty of this matchup: They both want it bad. They want it for their brand. It’s good for business. There’s zero apathy here. These two are trained assassins in analyzing engagement data and what works to fire up the base while agitating the haters. These two clearly live by “winning isn’t everything…it’s the only thing.” Now it’s time to get it on to see who’s taking home the title. 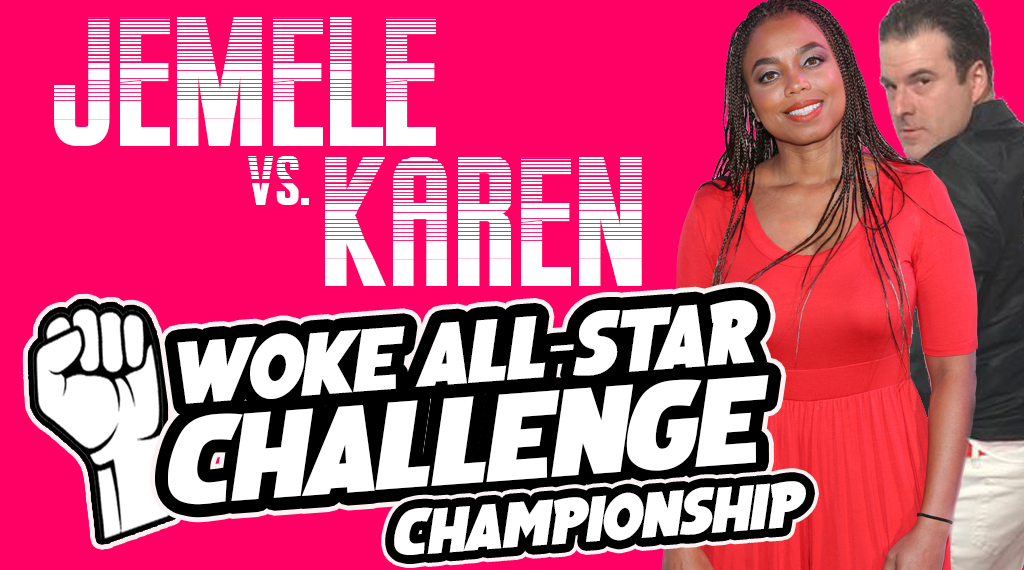 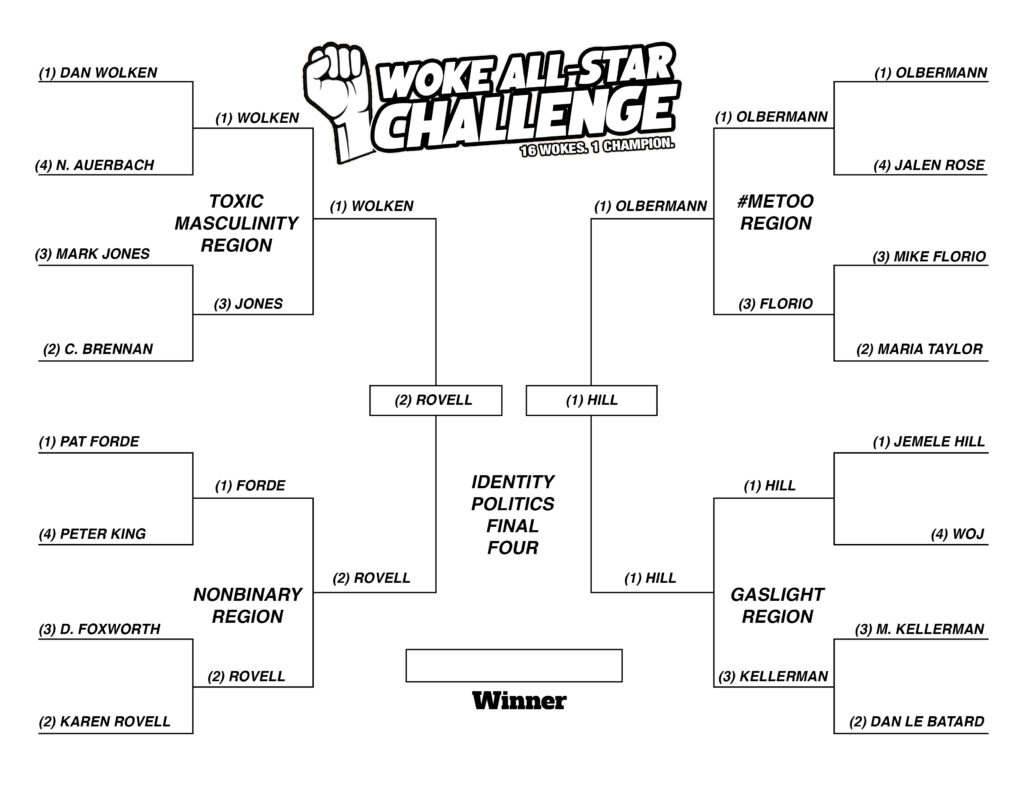 Karen Rovell comes into the title game riding a hot streak, absolutely dominating her competition (yes, her is his preferred pronoun), but now stands the toughest test to date, Woke Queen Jemele Hill, who herself has years and years of experience. Hill was woke before it was trendy. She’s been woke since back in the day when Big D was downing Zimas at Northwestern chess club parties. This will be no easy feat for Queen J, but her decades of experience will get her through this one. She will absolutely bully Karen so badly that he may think about sending a cease and desist letter to her.

It’s an epic battle for the ages: Darren Rovell vs Jemele Hill for the title of wokest sports media member in the country. Who ya got? https://t.co/mMtCC6vTS5

Woke up this morning thinking about how after Abraham Lincoln emancipated the slaves, he paid slaveowners reparations. Not the enslaved. That was his way of helping to ✌🏾unify ✌🏾the country and pacify angry white folks.

Anyway, what’chall having for breakfast?

Been reading Isabel Wilkerson’s new book, “Caste,” and if you were of the opinion that the United States wasn’t nearly as bad as Nazi Germany, how wrong you are. Can’t encourage you enough to read this masterpiece.

Many SEC fans wanted their states and their economy open and their right to not wear a mask. How’s your football season looking, guys? pic.twitter.com/DKmGf2AQQ4

An Indiana offensive lineman whose last tweet is that he wouldn’t live in fear of Covid-19 and his mother who now prays he doesn’t have permanent heart damage… pic.twitter.com/OwpvVurKpd