Full Disclosure: There have been times coaching my almost 7-year-old daughter’s softball team that I’ve wanted to give up. I’m probably like a lot of our audience at OutKick. A 40-year old, married, father of two young daughters just trying to do the best I can in everything I do on a daily basis (and usually failing).

I consider myself very fortunate to have the opportunity to co-host “OutKick 360” from 3-6pm ET (shameless plug) weekdays across all OutKick social media channels while also working hard to build out our national radio syndication network. I love traveling to southern college football paradises for “OutKick The Tailgate.”

I’m running through my jobs not to humble brag but to provide background for why I wanted to pretend I didn’t receive the email from Mt. Juliet League begging for volunteer coaches for pee-wee softball. But alas, I answered the call and I’ll never regret it. My first weekly column isn’t going to be spent breaking down my thoughts on the NFL Draft or what I think of the changing landscape of college sports. I’ll probably get to all of that at some point. Instead, I want to spend some time with you explaining why you should (if able) step up and coach your child’s sports team at least one time in your life.

I love lists because it allows my tiny brain to break things down easier if there’s a number next to that sequence of letters and words that constitutes a column. So here are my Top 5 reasons for you to get off the bleachers and into the dugout, on the bench, or on the sideline.

I’m not some power-hungry authoritarian that gets my kicks by telling everyone what to do at all times. But there’s a comfort in knowing that the team I coach is ultimately my responsibility, and I have no one else to privately blame for any issues I may have with how my daughter is coached. No one likes a parent unwilling to help coach that also critiques coaching moves like they are Joe Torre in 1996.

You know those parents. If you don’t know those parents, you ARE that parent. Don’t be that parent. I have a loud speaking voice. This is helpful when coaching little kids. I like knowing that if one of my girls messes up (and they will mess up a lot), it’s not because I didn’t try to instruct them or because I didn’t instruct them after their latest screw up.

Sports at this level are supposed to be fun, but do you know what’s not fun??? Playing a game and not ever knowing what to do. I strive to make sure I’ve at least tried to explain things to my team in order to optimize their level of enjoyment. If I wasn’t coaching, I would have no control over any of these aspects of the team. And that’s frustrating to me. Maybe I am slightly authoritarian … 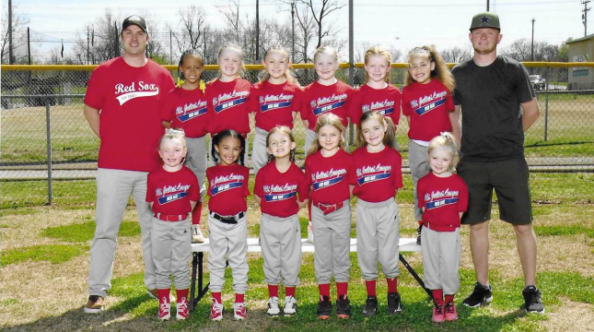 2. The other parents will love you.

When I was 16 years old and playing on my high school basketball team, I volunteered to coach an 8-9 year old basketball team alongside my best friend and teammate Jake Mingledorff. Jake and I had no idea what to expect from the parents of these little kids. Keep in mind, we were barely old enough to drive and growing up in the south, we were instilled with a healthy level of respect and fear for every adult on the planet.

We half expected a Buddy Garrity type coming out of the stands to berate us for playing a 2-3 zone instead of man-to-man. What we got was exactly opposite. Our parents loved us. Why? Because none of them were willing or able to step up and coach their own kids. We were their collective Sophomore saviors with Bama Bangs and wearing Abercrombie & Fitch. When the kids weren’t listening, we would have them do wall sits or get in push-up position. It’s easier to listen and harder to speak when you are physically strained. A trick we learned over many visits to summer basketball camps. And our parents ate it up. Some of them even told us they started using the trick around the house.

Don’t let the horror stories fool you. I haven’t had a single bad parent in my bunch. Most are happy that you are happy helping their kids. Are their bad apples? Of course. But if it’s clear you are doing your best to help every kid learn the game, the other parents will govern the bad parents on their own. Or so I’ve heard from other coaches. Not to brag, but my teams have an impeccable culture.

How many times have you heard someone say they know someone because their kids played sports together? It happens all the time in my circles. You can multiply that by 100 when you are the one coaching their kids. I don’t mean to make this all about the benefit to you as the coach but let’s face it. We are all selfish and want to get something out of everything we do. So why not become Vince Vaughn’s character from “Old School” and have a guy (or girl) for everything? Who wouldn’t you want to turn your living room into wall-to-wall sand (at cost) for a beach party for your recently divorced buddy?

Coaching and interacting with other coaches and parents at your local Little League park or rec league gym gets you closer to that goal. Whether you spend a lot of your time in small talk with your parents or not, they will all feel like they know you as they watch you try not to react poorly to their child’s ill-advised throw to first after the kid has already rounded for second. Pretty soon, you will have built a new network without even knowing you were doing so.

This is where I’ll get crushed but I don’t care. We can’t all be Dead Lift Danny or CrossFit Christy. Chasing kids around a ball field or court is valuable mom/dad cardio. I’m lucky if I have time to drag myself to the gym or neighborhood running trail three times a week. Having a built-in steps-fest twice a week has been good for my physical well-being. It’s been a great to supplement to my personal weekly marathon which is push mowing my yard on Thursday night (You’re welcome, Joe Kinsey).

Other parents that have little time between work and hauling children to and from school and play dates will feel me on this one. The aforementioned “Danny” and “Christie” will probably recommend a good cleanse and legs routine.

Last but best is the feeling you get when you see the kid that has struggled to grasp the game finally “get it.” Sometimes those moments are few and far between but when it happens, there’s nothing like it. I’m currently coaching a very good team and we routinely win. I’ve also been on the other side of it where you are watching the other team do whatever they want.

It can be difficult for the parents. It can be difficult for the coaches. But even in losses, there’s always a couple of little spots where a player that’s new to the sport finally applies something you’ve been preaching… and it works. Or the time when one of your better players does something completely unexpected without you telling them a thing.

Those moments get you through the ones where you know that no one is listening to a thing you say. Because even when you don’t think they are listening, sometimes they are listening, and occasionally they may even remember what you are saying. These “light bulb moments” will provide you with a boost that will surprise you.

This isn’t meant to be some sermon about the virtues of “teaching the youth for they are the future” or any type of psychobabble nonsense. It’s merely me (someone not unlike you) explaining why I think it’s an important personal service project in your child’s life and how beneficial it’s been for my own psyche. So if you feel even the slightest tug to coach one of your kids, do it. You won’t regret it.

I would love to hear some of your favorite stories from coaching youth sports. I’m also open to any feedback on this column or any future columns you want to read. I’m writing these weekly and I’m not held back by any parameters so while I want to avoid any type of straightforward mailbag (Clay Travis has you covered), I want to implement your stories and feedback into what I write moving forward. Hit me up and let me know. Be well. Chad.Withrow@OutKick.com