It’s a pretty wild time for JuJu Smith-Schuster of the Pittsburgh Steelers. A wide receiver of his caliber usually doesn’t become a free agent at 24 years old, but that’s the case for him right now.

Smith-Schuster’s production has fallen off recently. In the last two seasons, he had fewer yards combined than he had in 2018, when he had 1,426 receiving yards. This may be partially attributable to a role change, which he may not be thrilled with.

“The role has definitely changed. He is now their slot receiver. He does the dirty work. He does the blocking inside. And he’s a free agent. So we talked to him about it, and he said, ‘I kind of miss the outside days a little bit.’ But he said, ‘If I had my choice, I would sign back here,'” Cris Collinsworth said on last night’s broadcast, via Yardbarker.

Smith-Schuster has also been the target of criticism for some off-the-field antics. He danced on the Bengals’ logo before the Steelers lost a game to them, and he said the Browns weren’t a true rival of the Steelers before the mouth-punching playoff game happened.

Smith-Schuster may not be as hot a commodity as DeAndre Hopkins and Stefon Diggs right now, but you could definitely see why teams would want him in free agency, especially after those two transformed their new offenses. Since we may have reached the end of the road for Ben Roethlisberger in Pittsburgh, it will be interesting to see what the future holds for Smith-Schuster as well. 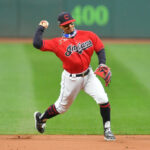 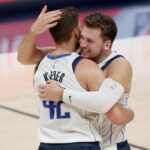