Mississippi State coach Mike Leach will serve as incoming President Joe Biden’s chief diversity and inclusion director, according to the New York Times. Except that he actually won’t.

Instead, the Times made a blunder by citing the wrong Leach in a report about Biden’s upcoming transition to the White House. Now, this does get a little confusing. Michael Leach is the new chief diversity and inclusion officer, and he is a former Bears assistant. But he was never the head coach at Texas Tech, as the Times stated.

Instead, that is Mike Leach, the man who coached the Red Raiders from 2000-09. He then spent the next seven years at Washington State before taking over at Mississippi State.

The Times later issued a correction. “An earlier version of this article inaccurately said that Mr. Leach also coached Texas Tech football, but that coach was a different man with the same name,” it read.

Yeah, different man entirely. Both have the same first and last name. Both Leaches spent timed time as football coaches. But they are two different men. The only question left is whether Biden actually picked the right one. 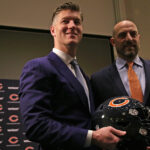 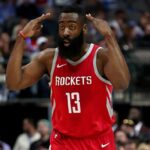