Nick Saban and Alabama are 2-0 against Georgia and former defensive coordinator Kirby Smart. But when you actually look at how those two games played out, the Bulldogs dominated for a majority of both contests.

The Crimson Tide won, which is all that really matters, but will Saban and company extend the record to 22-0 against former assistants? That question will continue to be one of the main storylines for the upcoming matchup going down at Bryant-Denny Stadium in Tuscaloosa, Ala. on Saturday.

With the way Alabama’s defense looked against Ole Miss, there are a lot of people who like Georgia’s chances, especially considering how strong the Bulldog defense has looked through three games.

But there is a flip side to that argument. Everyone knows that Georgia’s defense is one of the best in the country, but do we know just how good yet? The offensive firepower behind the Arkansas, Auburn and Tennessee offenses isn’t overly inspiring.

Alabama’s ability to attack opposing defenses in multiple ways makes it difficult to stop for four quarters. Defending a physical, wear-you-down run game and mixing that with an accurate quarterback like Mac Jones and a stable of reliable options in the passing game is never easy.

It won’t be easy for Georgia. But it is possible.

Smart needs to approach this game with the mentality that it isn’t about dominating the Crimson Tide’s offense. It’s about containing. Even coming out with a 50-50 success rate could be enough to position the Bulldogs to get their first win over Alabama during the Kirby Smart era.

Stetson Bennett IV is going to have to be a difference-maker offensively, though. The offense is showing signs of improvement, but Bennett was somewhat exposed against Tennessee last Saturday. And he going to have to prove that he’s capable of attacking deep and avoiding letdowns.

Can the Crimson Tide get enough stops to make a difference? Can the Bulldogs score enough to keep up with an offense that should be able to put together at least a few quality drives and scores? That is going to be worth watching. 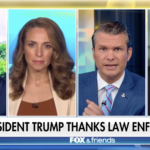 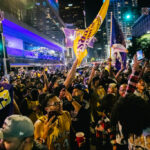