The powers that be may let college football die on the vine for 2020 — at least in the B1G and PAC-12 — but it appears that they are already thinking about how to ensure March Madness is not canceled.

According to CBS Sports college basketball reporter Jon Rothstein, confidence is high that a plan will be in place.

“This much I can tell you: We are going to have an NCAA Tournament, and that means we’re going to have college basketball before [that] because there has to be inventory in place to seed an NCAA Tournament,” Rothstein said on The Zach Gelb Show. “This is what I can tell you: The decision-makers, the people of influence, are looking specifically at the window between the latter days of November around Thanksgiving and the early days of January as a pivotal time to get non-conference inventory played.”

"There will be an NCAA Tournament in 2021!"-@JonRothstein of @CBSSports @CBSSportsNet on The Zach Gelb Show

Rothstein went on to say that he did not know what form or fashion this would look like and that many options are on the table.

One that is being considered is an NBA-esque Bubble, in Orlando.

“Following the success of the NBA restart in Orlando, one of the the things that I’m hearing is Orlando is being looked at as a unified location where several non-conference tournaments could be played at one venue in a safe situation in a bubble-type scenario,” he said. “Obviously if you have multiple tournaments going on, two or three days after that tournament is done, you’ll have more teams to potentially play more scheduled games down the road.

“So there’s a lot of speculating on speculation, but this is something that is not speculating at all. There will be an NCAA Tournament in 2021.” 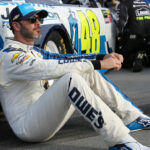 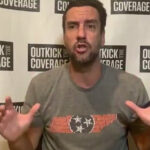