This year’s Red River Rivalry might be the least-hyped game between Texas and Oklahoma in quite some time. The reason? The two are a combined 3-3 (1-3 in the Big 12) on the season, and both teams are coming off disappointing losses last week.

But the show must go on. Either the Longhorns or the Sooners will be able to somewhat right the ship this weekend with a big win over a major rival. But which team will come out victorious? Well, the difference of experience at the quarterback position could be factor in determining the outcome.

Senior quarterback Sam Ehlinger has played Oklahoma on four different occasions during his time as the starting quarterback at Texas. In those four matchups, he’s averaged 349.6 total yards (287.8 passing, 61.8 rushing) while totaling 13 touchdowns. Eight of those those touchdowns came on the  ground.

The problem lies with Ehlinger’s inability to beat his team’s biggest rival. He currently sits with a 1-3 record against the Sooners, and his most recent game in 2019 was his worst statistical output. With that being said, his experience compared to Oklahoma redshirt freshman Spencer Rattler could be a difference-maker.

Rattler will only be starting his fourth career game on Saturday. And while there have been flashes on what made him such a prized five-star recruiting coming out of high school, he hasn’t been consistent enough to elevate the play of the pieces around him. That’s a problem when Rattler, compared to other Sooner quarterbacks, doesn’t have the same caliber of talent around him.

Both defenses continue to be subpar due to a lack of tackling and being able to get consistent stops. But that means the difference in determining who wins could come down to which quarterback makes the least amount of mistakes. Rattler’s lack of experience and not knowing what to expect puts him at a sizable disadvantage going in.

Texas head coach Tom Herman is also more desperate for a win compared to Lincoln Riley. In other words, take the Longhorns and the points. 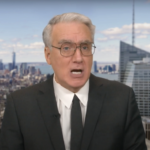 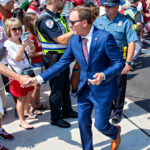