Washington Football Team quarterback Dwayne Haskins is in a tough spot, and it may be getting worse.

Haskins was selected in the first round by former coach Jay Gruden and thrust into a bad situation. He went into the fire midway through last season without taking snaps with the first team much of the year, and then finished his rookie season at 2-5 during his seven starts.

Gruden was fired. Ron Rivera has since been hired. With Rivera came Kyle Allen, his former quarterback in Carolina.

Haskins is now 1-2 to open this campaign, going into the Week 4 game against Baltimore — a game the Football Team is not expected to win.

Rivera said that he needs to see more from the passer or he will be supplanted before too long.

That point was reiterated this morning by Ian Rapoport.

“Sources say Haskins enters a critical stretch for his own development and must improve greatly for him to keep the job,” Rapoport said. “In fact, there is a chance if it goes particularly badly today, Haskins could be pulled at some point in favor of Kyle Allen, who was with Ron Rivera in Carolina.”

It is looking like an avalanche about to come crashing down on the former Ohio State player.

Three was also a report Friday by NBC Sports Washington, that Haskins and Rivera met where the coach made it clear that Haskins needed to “show progress.”

While “show progress” could mean anything it was also an ambiguous enough term that Rivera can use it for a quick hook whenever he needs or wants. 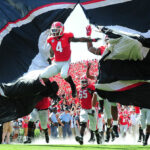 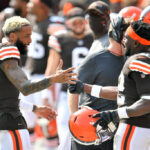