Alabama is fresh off another national championship under coach Nick Saban. After handing the Ohio State Buckeyes a lopsided loss to wrap up one of the strangest college football seasons in history, the Crimson Tide are now turning their attention to 2021.

The roster turnover, especially on the offensive side of the football, will be extensive.

We are certain that Najee Harris, DeVonta Smith, Alex Leatherwood, Landon Dickerson and Deonte Brown will all be gone. We also have reason to believe Jaylen Waddle and Mac Jones could join them in the NFL. That’s a lot of hardware going out the door, and it doesn’t include the defensive losses.

With all that being said, we also know Alabama does a fantastic job of reloading. Rebuilding doesn’t exist in a Saban world, so that level of roster turnover isn’t as insurmountable as it may seem.

The coaching turnover, on the other hand, is a completely different story.

The Crimson Tide were built for a COVID-dominated season. First off, there’s the leadership and presence of Saban. His guidance and leadership are huge, and both helped navigate the obstacles presented in 2020.

There was also the experience returning at key positions on the field, including quarterback. Jones coming in for an injured Tua Tagovailoa in 2019 benefited the Heisman finalist — and Alabama. It was his time and experience working with OC Steve Sarkisian that proved to be the biggest boost, however.

No spring practice, very little work done during the summer and lack of a true fall camp. All of those factors hindered teams, but it was especially difficult on those who were trying to implement a new system. Think about all the new coordinators and head coaches around the league this year.

All of those teams were going through a massive overhaul. You want to know one of the few SEC teams that wasn’t dealing with those issues? You guessed it, the Crimson Tide.

Not having to deal with a change at one of the coordinator spots was new for Alabama. The team had gone several seasons with coordinator turnover, but with the return of Steve Sarkisian and Pete Golding, there was finally some continuity. It happened at the perfect time, too, and the result was a sixth national title under Saban.

Now their focus must turn to 2021 in order to prepare for title No. 7. Alabama will have to do it without Sarkisian, though, who left to become the new head coach at Texas. Sarkisian is also taking well-respected Kyle Flood with him. Flood is considered an excellent recruiter and one of the top offensive line coaches in the country. Under his guidance, the Tide’s offensive front won the Joe Moore Award while featuring the winners of the Outland Trophy (Alex Leatherwood) and Rimington (Landon Dickerson).

Alabama will also lose guys such as Butch Jones, A.J. Milwee and Rob Ezell, who weren’t on-field coaches but were important pieces to the program.

The constant coaching turnover has been one of the few chinks in the Alabama national title armor, and it will be interesting to see how Saban addresses it during the offseason. Golding will almost certainly be back (despite the wishes of most Alabama fans), but Sarkisian is a massive loss.

Will that prevent them from making a push for a repeat? Maybe, maybe not, but it will have an impact. 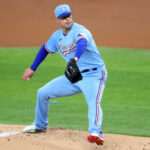 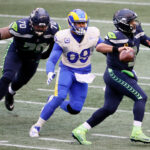