The deed is done. Weeks after allegations of mistreating his players, Wichita State and men’s head basketball coach Greg Marshall are parting ways, according to Jeff Goodman of Stadium.

The news did not come as a shock — or at least it didn’t to anyone who has paid attention to the situation since the news broke back in October. The tweet from Goodman on the development was posted late on Tuesday night.

BREAKING: Wichita State and Gregg Marshall are expected to part ways by the end of the week, sources told @Stadium.

The misconduct reportedly doesn’t just stem from Marshall’s time at Wichita State. He also had allegations that date back as far as his days at Winthrop. Marshall is accused of multiple damaging situations, including punching a player several times, putting his hands around the neck of a staff member and more.

There has been plenty of success for the Shockers on the court since Marshall’s arrival. Seven consecutive NCAA appearances, a Final Four appearance and more. But even that success can’t save a coach like Marshall when these sort of allegations pile up.

Marshall was at Wichita State for a total of 13 seasons. 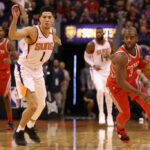 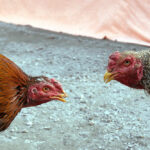