Michigan Gov. Gretchen Whitmer has struggled to follow her own rules. So she changed them to accommodate … well, herself.

As OutKick’s Clint Lamb relayed earlier, Whitmer was caught hitting a dive bar over the weekend, gathering with friends and violating her very own COVID-19 restrictions.

This bit of information, of course, went viral and earned Whitmer a starring role on all the news-talk programs.

So late Monday, the Whitmer administration rescinded the rules that she herself broke.

Per The Associated Press: “A revised gatherings and face mask order, issued by the state health department, no longer includes the six-patrons-per-table provision, effective June 1. Whitmer had announced last week the planned easing of capacity restrictions on June 1 but had not specified if other changes would be coming in the new order, which was released as expected Monday.”

Whitmer told reporters her weekend excursion to East Lansing’s Landshark Bar & Grill was an “honest mistake” and that she did not purposely ignore Michigan’s gatherings and mask order, set forth on May 15.

She also made it fairly clear that Landshark would not face any sort of penalty for hosting Whitmer’s assembly of pals. 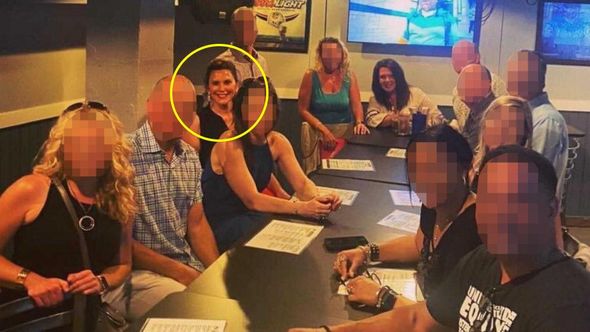 “Asked if the Landshark should be fined and, if not, if she would lift fines on other businesses, the governor said the Michigan Occupational Safety and Health Administration has ‘specifically not gone forward and penalized businesses that are trying to do the right thing. It’s those that have flouted and put people’s safety at risk that are the most concerning,'” the AP reported.

In other words, the governor will determine which businesses will be fined and which will not. Sort of like how she decides who has to follow the rules in Michigan. The citizens do; she does not.

But now that Whitmer has been caught, she has kindly decided that everyone can have the freedom to live their lives.

And, oh yeah, this is actually Whitmer’s second infraction of her own guidelines.

“Last month, she was caught taking a trip to Florida after blaming travel to and from the state for the recent COVID outbreak in Michigan,” Lamb noted.