Seems Lil Wayne is catching some heat for his support of President Trump. Jason contends, as only he can, that Lil Wayne’s support is another “kick in the nuts” to white liberals.

Friday night, Jason said on Tucker that “White liberals, I’m going to be honest, like Chelsea Handler, think it’s their job to control, maintain, limit the amount of freedom that black people enjoy here in America. . . . It’s her job, as basically a modern-day overseer, to whip us back in line.“

Here’s a “Lil” of what Jason wrote on the subject on Friday:

Chelsea Handler and other white liberals seem committed to keeping black people weak and dependent. Their actions create the impression they want us (black people) eliminated from the intellectual olympics. They elected themselves the stewards of our culture and political point of view.

Ms. Handler’s public admonishment of Curtis Jackson (50 Cent) was reprehensibly racist and egomaniacal. What was worse is that Mr. Jackson allowed her to do it without a strong public condemnation.

Too many black people mistake affinity for respect or value affinity above respect. Absent respect, affection is inauthentic and worthless. Affection pleasures the giver as much as — if not more than — the receiver. Respect honors the receiver alone and reveals the character of the giver.

Affection is self-indulgent. That is its allure.

Here’s Jason with another take on the subject: 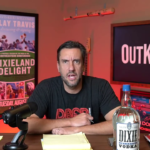 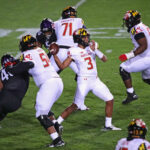