The greatest obstacle to success is an excuse.

I do not reject the legitimacy of CRT, the notion that some American institutions are constructed to advance the cause of white supremacy. I just happen to believe we’ve identified the wrong construction company.

Conservative Construction does not run academia, the mainstream media, the music industry or Hollywood. For the last 60 years, Liberal Construction has run all of those industries, and those industries are at the forefront of brainwashing black people into believing we should spend every waking hour looking for excuses and examples of offensive verbal interaction with white people.

(You might be asking, “What about the criminal justice system?” That is a flawed system rigged against the poor. The issue has been racialized to ensure the flaws are never properly addressed. I’ll expound on this point at another time.)

Liberal Construction, in partnership with Nike and China, is in the process of executing a “backflip takeover” of the sports world, which had been Conservative Construction’s strongest influencer of American culture.

Not anymore. The Colin Kaepernick Kneeling Trojan Horse has turned sports into the victimhood Olympics, the most powerful venue in popular culture to preach critical race excuse-making.

It’s the standard, finger-pointing piece that insinuates that racism explains the lack of diversity and, to a lesser degree, Mason’s failure. Maisel begins his story lamenting the fact that he and others have written the exact same story year after year.

It’s the definition of insanity. I like and respect Maisel. He is well-intentioned and well-sourced. His piece subtly covers some provocative ground, especially when he uses several paragraphs to point out the role donors/boosters play in naming a new football coach.

Ivan Maisel is not the problem. It’s the institution of sports journalism that won’t allow Maisel to go hard at the root problem. The liberal-run institution of journalism does not allow probing of real problems facing black people. That is prohibited. It might lead to actual solutions. It might provoke black people to wake up every day looking for solutions rather than excuses and meaningless verbal offenses.

If you want to see more black head coaches, the black millionaire football alums at Power Five schools must gain influence at their alma maters by consistently donating large sums of money.

You have to pay the cost to be the boss. Everything else is just posturing, virtue-signaling and excuse-making. You have to be involved financially and physically to exercise influence at a university.

Providing whiny quotes to a reporter accusing your university of racism as it relates to the head football coach does not win you influence or promote change.

Let’s look at Derek Mason. He spent four years at Stanford. He replaced James Franklin, who is black. Franklin parlayed back-to-back 9-4 seasons into the head job at Penn State. In seven seasons, Mason won 27 of 82 games. He never finished above .500.

Derek Mason’s journey at Vanderbilt does not further a racism narrative in college football. Mason was given a fair opportunity, and he failed. No excuses.

I used to make excuses. My parents didn’t allow it. Their generation made too many sacrifices to tolerate my excuses. My father never knew his father. He suffered racial indignities that left real scars. They lived through racial oppression that limited their freedom, their educational opportunities. Their generation won me freedom and opportunity.

A month or two ago, I shared a story about my offensive line coach in high school, Lee Dilk. I injured my elbow in a game as a sophomore. Before he sent me back into the game, he sternly warned me that the injury was not an excuse for poor play.

We all love excuses — white, black, brown, yellow, whatever. People who love us, respect us, want the best for us, take the excuses away.

The Liberal Construction Company does not love, respect or want the best for black people. That’s why liberals promote excuses for any black failure and disavow any excuse for white failure. If you can control a group’s expectations, you can control their level of success. A generation of black people have had their expectations diminished by Critical Race Theory. It’s a mental slavery, a Jim Crow for the mind.

I’m not in denial of the existence of racism. I just reject using it as an excuse, and I refuse to fall for the clever marketing of racism’s primary proponents. 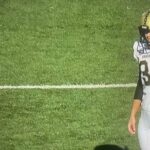 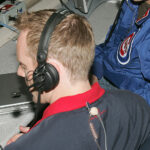