Jason Whitlock concluded a week of thought-provoking commentary with a Friday night visit on “Tucker Carlson Tonight” on the Fox News Channel.

Jason discussed his thought-provoking column entitled “The Capital B In ‘Black” Is A Scarlet Letter That Diminishes, Destroys And Disenfranchises black People.”

Jason’s appearance was the end piece to a week in which he conducted a seminar on the race discussion in America.

After Dave Chappelle made his observations during his 16-minute monologue on Saturday Night Live, the mainstream media weighed in with a variety of lukewarm takes, too many to count here.

Then on Tuesday, Whitlock registered his opinion, and stuff got real in a hurry.

In his piece titled “Dave Chappelle Hates Himself For Playing The ‘Black’ Role Assigned To Him By Bigots,” Whitlock laid down some truth like:

“Chappelle sprinkled his rambling screed with the prerequisite use of the word “nigga.” He made racist generalizations about white people, including saying that the COVID pandemic had stopped white mass murderers and that white people who don’t like wearing masks are Klan members. Most important, Chappelle feigned disgust toward Donald Trump.”

“No other American racial group lives under a restrictive burden of skin color. They are free to think, behave and believe as they see fit without threat of racial ostracization and recrimination. They’re free. Their skin color doesn’t define them. Four-hundred-year-old labels and limitations do not impede their pursuit of happiness.”

Jason followed up on Wednesday with an second piece entitled “The Capital B In ‘Black” Is A Scarlet Letter That Diminishes, Destroys And Disenfranchises black People.”

“Trust me, black is a color. It’s not a human being, a person or an all-important defining characteristic. It’s a shade of humanity that has long been weaponized by American bigots to cast a segment of society into a special category devoid of the inalienable rights guaranteed by our constitution.

“We (black people) are programmed to prioritize our skin color above all else. We do it out of fear, pride, ignorance and unrecognized manipulation.

Jason also masterfully tied both columns together on Periscope:

The third installment in the “Chappelle Trilogy” was “White Liberals Rig ‘Olympics’ To Diminish black Humanity.” In it, Whitlock asserts that blacks are “approaching each day as a competition to prove their blackness rather than a competition to prove their intelligence, religious faith, patriotism, commitment to family or integrity. I call it the ‘Unapologetically Black Olympics.’ The Olympic organizers are white liberals.

“We (black people) pay a massive price for participating in these Olympics. It’s a competition rigged to diminish our intelligence and humanity.”

So there you have it. Read, watch and learn. 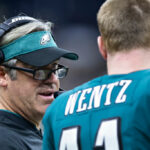 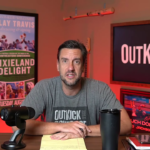