Twelve years ago, when I trashed Sarah Palin in a Huffington Post column and across social media on a daily basis, no one cared. No one told me to stick to sports.

This Wednesday, I visited the White House to interview President Trump. I wanted to probe him on why black voters, particularly black men, seem to be breaking from the facade that he is the Grand Wizard of the Ku Klux Klan.

In the past two weeks, rap music stars Ice Cube and 50 Cent have inched closer to joining Kanye West in MAGA land. Cube worked behind the scenes with the Trump administration on an economic plan to revitalize black communities. 50 Cent expressed displeasure with Biden’s desire to raise taxes.

Trump and rappers emote masculinity. It is their defining characteristic and currency. Human beings — male and female — are attracted to masculinity. In times of crisis and fear, the value of masculinity escalates.

Masculinity is gold. Scarcity is its primary value.

Trump’s political opponents fear that he is gaining ground with black voters, particularly black men. Of course he is. It’s the dragon energy. You cannot indefinitely suppress men’s natural desire to be masculine.

God put it in our hard drive.

Big Tech and its social media apps are trying to reprogram us. They’ve redefined masculinity as toxic and evil.

Where would American black men be without dragon energy, the source of courage that allowed us to survive slavery and force America to grant us the inalienable rights promised in the Declaration of Independence?

The war on masculinity is overtly secular. It’s a war on religious faith, the antibiotic for human fear.

I do not pretend to know the depth of President Trump’s (or anyone else’s) religious faith. What I know is he tries to promote a confident, fearless approach to life.

That approach is attractive to men.

We have spent virtually all of 2020 living in fear. It is not the right way to live. It’s not living. It’s death.

Joe Biden and the Democratic Party are running a fear-based campaign for the presidency. They want black people to believe that COVID-19 and law enforcement are hunting us every time we leave the house and that our only protection from COVID and police is Joe Biden, the architect of the 1994 crime bill.

I reject that. I think other black men are starting to reject that narrative as well. Each black man is responsible for protecting himself from disease and violent confrontation with the police.

I’ve encountered incompetent and potentially biased police officers. Compliance with their dumb inquiries and instructions has protected me. That’s a more effective solution than embracing an irrational fear of a violent encounter that almost never happens.

President Trump’s views on race are irrelevant to me. Before he ran for president, no one of any consequence thought he had a problem with black people. Nearly every black athlete, high-profile journalist, entertainer and activist was pictured socializing with Donald Trump.

My preference for Trump in this presidential election comes down to three things: 1) His support of Historically Black Colleges and Universities; 2) His ability to pass some form of criminal justice reform; 3) His adversarial relationship with Big Tech.

The last one is probably the most important issue to me.

Big Tech and its social media apps are hostile to religious faith. Big Tech is the primary promoter of a Godless society controlled by fear.

*Saturday at 11 a.m. ET, Jason will host a Zoom call for OutKick VIPs to discuss the behind-the-scenes details of his White House visit.

Jason is personally offering you 30% off of VIP membership between now and Friday at midnight. 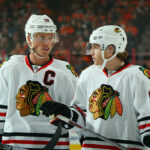 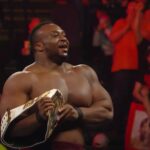