You read that right. Last week, the league’s executive vice president of Race Hustle Operations passed a new rule that will hurt black coaches. It’s what race hustlers do. They garner power and influence by making a big show of being pro-black, and then they use that power and influence to celebrate themselves and stir racial grievance.

Last week, Vincent convinced NFL ownership to pass the “Vincent Rule,” a measure allegedly aimed at enhancing the league’s long-established “Rooney Rule” for minority hiring. The “Vincent Rule” mandates that the NFL award two compensatory third-round draft picks to teams that have minority head coaches or general managers hired away from them.

This is an incredibly stupid rule. In fact, it’s so stupid that black coaches across the NFL reached out to ESPN’s Adam Schefter to complain about it. According to Schefter, the NFL’s top information man, black coaches “were not pleased that they were not consulted about the plan and that it was passed swiftly, without any advance notice. These sources also did not approve of other people speaking for them when they were unable to provide input as to how the program would work.”

Here’s a link so you can read Schefter’s full story.

Before I continue, let me add a bit of transparency. I previously fell for Vincent’s pro-black race hustle. I saw him as an ally in the defense of football and the NFL’s impressive record of black male empowerment. No American industry has produced more black millionaires than the NFL. No sport has transformed more black male lives than football.

The NFL’s embrace of the Black Lives Matter movement helped me realize Troy Vincent is about Troy Vincent. The “Vincent Rule” is the latest example. During an in-person owners meeting in May, Vincent failed to pass the first iteration of the “Vincent Rule,” a stipulation that would have awarded teams third-round draft picks for hiring black and/or female head coaches and general managers. Vincent floated the first iteration through his media contacts. Black NFL coaches floated their objections through their media contacts, and the measure died.

This time, Vincent took a stealth approach. It was a smart strategy. The “Vincent Rule” is so incredibly stupid that it would not survive a public debate.

Think this through. Chiefs offensive coordinator Eric Bieniemy is considered the top head-coaching prospect in the NFL, regardless of color. Let’s say the Chiefs defend their Super Bowl title this year. If you’re an AFC team, do you really want the NFL to give Andy Reid and the Chiefs two extra third-round picks because you hired Bieniemy?

Because of the “Vincent Rule,” the price of hiring Bieniemy includes strengthening the best team in football.

Let’s say Tampa wins the NFC. Do you think NFC teams will be enthusiastic about handing the Buccaneers extra draft picks for the right to hire offensive coordinator Byron Leftwich?

A smart, successful franchise would install black or female employees in high-profile, figurehead positions and try to pawn them off on their opponents. The “Vincent Rule” creates an atmosphere of total distrust when it comes to coaching and executive recommendations. The only recommendation you can trust is one attached to a white male candidate. There’s no draft pick incentive to lie about a white candidate.

The “Vincent Rule” is about promoting Troy Vincent. It has nothing to do with Eric Bieniemy or Byron Leftwich. The black coaches know it. Here’s what one of them told Adam Schefter.

“This will affect all of us, and we wanted to be involved in the process. We don’t know whether it’s lip service or real, and we just want to be judged on our own merits.”

Of course they want to be judged on their merits. They’re competitors. They’re former athletes.

Pittsburgh’s Mike Tomlin and Miami’s Brian Flores are the two best coaches of the 2020 season. They’re the story. Their success in unifying and leading their teams during this season of racial strife and health pandemic pretty much guarantees that black assistants will be a hot commodity during the hiring cycle.

The NFL is a copycat league. After the Rams advanced to the Super Bowl two years ago, every owner wanted a coach who reminded him of Sean McVay. This offseason is going to be about finding your Mike Tomlin or Brian Flores.

Tomlin has taken his coaching to the next level the last two seasons. A year ago, without Ben Roethlisberger, Tomlin led the Steelers to an 8-8 record. This year, the Steelers are 9-0 and clearly the best team in the league. Back in August, I wrote a column explaining the brilliance of the tone-setting speech he delivered at midfield to his players and Steelers fans. Tomlin has been the perfect coach for 2020 and has exemplified the kind of leadership missing from the league office.

Last week, when NFL ownership blindly followed the instructions of the league’s executive vice president of Race Hustle Operations and passed a rule that will hurt black coaches, Vincent told an ESPN reporter:

“That just complements part of the overall collection of the things that we’re doing to try to increase mobility among, in particular, black coaches and females as well in the coach and the GM front. I’m looking forward to seeing what the offseason has to bring in the hiring cycle.”

Troy Vincent is looking forward to getting credit for the progress Mike Tomlin and Brian Flores have created. It’s what race hustlers do. Al Sharpton built a hustling career off the work of Martin Luther King.

Vincent can’t wait to read a flowery profile piece in The Undefeated, crediting the “Vincent Rule” for head coaching jobs landed by Bieniemy and Leftwich.

The same process is playing out at head coach. Success breeds opportunity. Only a narcissistic race hustler would think he could devise a plan more potent than success.

The “Vincent Rule” is an embarrassment and an insult to black coaches. It’s equally embarrassing and insulting to NFL ownership. The rule suggests that men like Clark Hunt would pay Patrick Mahomes $50 million a year to play quarterback, but are too racist to pay Eric Bieniemy $5 million a year to coach the team. 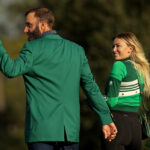 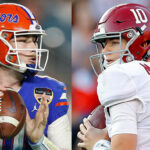