The Lakers can close out the Heat, secure their 17th NBA title and hand LeBron his fourth NBA crown. ESPN’s pregame show and in-game broadcasters will make it a point to celebrate James as a combination of Michael Jordan and Muhammad Ali, a transcendent talent, an eloquent ambassador and a fearless champion of social justice.

I won’t blame Jalen Rose, Mark Jackson, Jeff Van Gundy, Mike Breen and Maria Taylor for doing their jobs. It is their responsibility to promote the game and the game’s biggest star. They’re not journalists. They’re primarily ex-jocks paid to serve as stock touts. ESPN owns billions of dollars of NBA stock. James is the NBA’s primary product.

It is not ESPN’s job to disclose defects in the product intended to justify the network’s NBA investment.

It’s not the first time I’ve analogized the basketball star to President Donald Trump. I do it every time James proves my analogy true. This week, in the aftermath of the vice presidential debate between Vice President Mike Pence and Democratic nominee Kamala Harris, James channeled his inner Trump.

The social media-addicted superstar implied that Pence is a piece of shit via Instagram, posting an image of Pence from the debate and playing off the fly that sat atop Pence’s head. James stated:

“Y’all know what flies favorite destination is right!!?? Yup you guessed it.” He added poop emojis, in case someone missed his joke. He concluded his post with the FOH hashtag, which stands for get the “Fuck Out of Here.”

This is textbook Trump behavior. Remember two years ago when Trump called Haiti a “shithole” country, and the mainstream media said his comment was proof of bigotry?

LeBron fashions himself as a dignified statesman, role model, political activist and champion of racial equality. He is every bit as crude, undignified and inarticulate as our sitting president. James writes and speaks at a third-grade level. The athletic privilege he’s enjoyed since about age 10 has spoiled and pampered him the same way wealth privilege spoiled and pampered President Trump.

What’s worse is James’ actions and public pronouncements are far more racist and racially divisive than the president’s.

Given his elevated platform and influence — his more than 80 million social media followers — it’s grossly irresponsible for James to call another human being, especially one he does not know, a piece of shit.

We know for a fact that if Pence responded in kind, we would be lectured for several weeks that it is an example of the systemic racism fostered by white political conservatives. There would be a conga line of black liberals tap dancing for butter biscuits from Rachel Maddow, Anderson Cooper, Chris Hayes and Don Lemon.

Shannon Sharpe and Max Kellerman would sue for a simulcast of Undisputed and First Take, so they could hold an American Idol-like contest for the title of Best Race Hustler. (Kellerman would win on authenticity. He actually believes his race hustle.)

LeBron James is neither Michael Jordan nor Muhammad Ali.

You can’t be Jordan, the GOAT of basketball, when your primary job is to increase the popularity of your sport and you have failed. LeBron has diminished the NBA domestically. His descent into politics and full-on embrace of Black Lives Matter have devastated the game. He extinguished the TV-ratings torch he inherited from Jordan. The league that had dreams of matching the NFL’s relevancy is now toxic, polarizing and reliant on rigged Twitter algorithms for traction.

His persona has knocked professional athletes off their exalted and iconic pedestals as rallying points for unity. Jordan, Magic and Bird led the Dream Team in 1992. LeBron leads Black Lives Matter, a team of Marxists.

James convinced a handful of black basketball and football players that they can “end racism.”

Do you understand my point?

The Bible (and most religious orthodoxy) teaches that sin, including racism, entered into the world and cannot be eliminated until the final resurrection. Believers are taught that submission to the Most High (Jesus, God, Jehovah, Yahweh, etc.) and religious principles are the only path to protecting yourself from sin and improving the world around you.

The NBA and NFL can’t end racism with slogans and finger wagging. They can’t end or even limit racism by electing themselves the national review board for police-involved shootings. Their tactics are actually empowering and spreading racism. James is the leader of this empowerment movement. He thinks he is the Most High. His ego is bigger than Trump’s.

What’s worse is James’ hypocrisy is unlike anything we’ve seen from a public figure. He demonizes whites, the police and this country as inherently racist while ensconcing himself and his family in multi-million-dollar white enclaves.

LeBron James as heir to Muhammad Ali has proven to be a joke. You can’t be Ali, the GOAT of American sports, when your worldview has no respect for religious principles. Ali’s actions were initially controlled by a black religious sect, the Nation of Islam. Malcolm X mentored Ali, not Phil Knight and Nike. Ali transitioned to traditional Islam.

LeBron is a puppet for a global corporation and Democratic politicians. Nike and the Democratic Party have weaponized racial demonization through Black Lives Matter to achieve their political goals.

Black Trump is their spokesman.

Black Trump, Nike and white liberals have zero interest in “ending racism.” They use racial division to control the public, the media and politicians.

I’m going to skip Game 5 and the coronation of Black Trump. 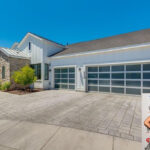 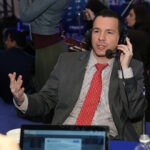