As a present to OutKick’s loyal readers, we are proud to present some of Jason Whitlock’s best columns from 2020. Happy New Year. Enjoy!

Jason Whitlock was a guest host on The Glenn Beck Program twice this week.

And he went on the air with a clear message: “We are nothing without God,” Whitlock said on Tuesday.

“‘We hold these truths to be self-evident, that all men are created equal,'” Whitlock goes on, quoting the Declaration of Independence. “‘That they are endowed by their creator with certain unalienable rights. That among those, are life, liberty, and the pursuit of happiness.’ The foreign and domestic enemies of this nation are baking a new American cake. God isn’t an essential ingredient in this new cake. He isn’t an ingredient at all. The removal of faith is sowing the disharmony that is terrorizing and destroying the United States of America.”

In the following clip from his time on The Blaze, Whitlock explains how to bring America back together:

Check out the full episodes from Tuesday and Wednesday. 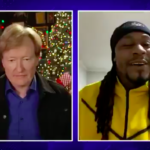 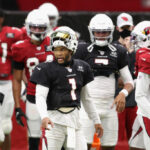