Frederick Douglass spent the entirety of his adult life fighting tirelessly for black people and women to be recognized as full United States citizens.

Douglass, a famous black abolitionist in the 1800s, used Thomas Jefferson’s Declaration of Independence as the foundation of his argument to end slavery.

That’s why it struck me as ill-informed that Colin Kaepernick would use Douglass’ What to the Slave Is the Fourth of July speech as the audio backdrop for his incendiary tweet condemning America’s Independence Day.

“Black people have been dehumanized, brutalized, criminalized and terrorized by America for centuries and are expected to join your commemoration of independence, while you enslaved our ancestors. We reject your celebration of white supremacy and look forward to liberation for all.”

The tweet linked to a video of actor James Earl Jones reading Douglass’ 1852 speech decrying American slavery while images of police shootings, lynchings and other acts of racist brutality flashed across the screen.

Kaepernick’s tweet has received more than 170,000 likes and 60,000 retweets. I could not find — and I searched — for a more popular Fourth-of-July social-media post than Kap’s rebuke of our nation’s holiday.

Like all things Kaepernick and most things limited to 280 characters, Kaepernick’s tweet heard ‘round the world is breathtakingly uninformed and devoid of substance. It’s a divisive hot take packaged as righteous indignation.

The popularity of the tweet speaks to the corrosive power of Jack Dorsey’s invention. Social media amplifies and legitimizes the voices of idiots, anarchists and race-baiters. Without Twitter, Colin Kaepernick would be a flash-in-the-pan, long-forgotten quarterback, not much different from Stan Humphries, Jake Delhomme, Kerry Collins and Neil O’Donnell.

Twitter is Kap’s costume. The man afraid to speak in public gets to masquerade as Brain Dead Fred Douglass.

Frederick Douglass interpreted Jefferson’s declaration as the blueprint for emancipation. Yes, Jefferson owned slaves. But Jefferson, George Washington and several other Founding Fathers recognized the immorality of slavery and planted the seeds for its removal in the Declaration of Independence.

“We hold these truths to be self-evident, that all men are created equal, that they are endowed, by their Creator, with certain unalienable Rights, that among these are Life, Liberty and the pursuit of Happiness.”

The United States of America, because of the Declaration of Independence and the U.S. Constitution, was actually a global leader in abolishing slavery. As writer and historian Thomas Sowell has repeatedly pointed out, long after the U.S. Emancipation Proclamation, blacks in Northern Africa still bought, sold and utilized white slaves.

Slavery was a global phenemenon. Economies were reliant on it. You couldn’t just snap your fingers and make that kind of global tradition go away. The world still hasn’t rid itself of slavery.

But we have and did. And we did it before most of the rest of the civilized world because our imperfect Founding Fathers had foresight.

They created a system of governance based on guiding principles that allows our nation to evolve faster than others. America is plagued by systemic evolution, not systemic racism.

Thank God we have systemic evolution.

Kaepernick critics dug up a handful of his old tweets celebrating the Fourth of July and the American military. The tweets I saw were from 2011. Kap has certainly evolved over the past decade. He’s a different person.

What is with us as black Americans that we think slavery and racial victimhood are central to our identity? Why? Every race of human beings has been a slave and an enslaver.

On Saturday, someone close to me texted me Douglass’ What to the Slave Is the Fourth of July speech. I responded: “Are you a slave? I’m not. I’m a Christian.”

I respect the history of my ancestors. I take pride in our rise. But slavery does not remotely define my identity. It doesn’t tell you anything about me. I don’t look at the world through the eyes of a slave.

In 1852, when Douglass gave his speech, he appropriately characterized the Fourth of July as a great big lie, a failure to live up to the words printed at the founding of this nation.

In 2020, given all that we know and all the blood spilled in pursuit of the ideals Jefferson expressed, the Declaration of Independence is the most important document in the African-American journey.

Without it, we might be like West Africa, Haiti, Pakistan, India and other places and countries that have yet to rid themselves of slavery.

If you’d like to interview Jason Whitlock for your radio show or podcast, email Gary@Outkick.com. 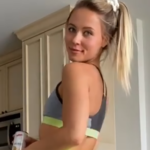 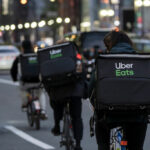