The deadline for NFL players to notify teams of their intention to use the Covid opt out for the 2020 season has expired and at final tally there were 69 players that took that option.

Needless to say, but if a player decides later down the line to stop playing the team and league would not stand in their way. How those contractual agreements play out is yet to be determined but those who qualified for a high risk opt out will be paid $350,000, while other who simply decided for other reasons will be paid $150,000.

Of those 69, about 16 are considered starters and now that those names are in, replacing them is up to each GM. A role we will play on Outkick.

Miami Dolphins: Who will Tua Tagovailoa throw to? Once the FitzMagic runs out and Tua becomes the starter there are two less receivers available as both Allen Hurns and Albert Wilson chose to opt out. Wilson was slated to be the No. 3 receiver for the team and potentially work out of the slot — a position that would be a nice blanket for Tua. Hurns was the No. 4 option in the receiver room. It leaves just DeVante Parker, Preston Wilson, and Jakeem Grant and somewhat known commodities though Wilson is coming off an ACL injury. This will leave opening for two, if not more, of Isaiah Ford, Gary Jenning Jr, Mack Hollins, Kirk Merritt, or Matt Cole to make the roster. The Dolphins also make a call on a trade — like James Washington of the Steelers, who figures to have a reduced role this year.

Buffalo Bills: Buffalo has quietly had one of the best defenses in the last handful of years and Star Lotulelei anchoring the line as a 1-technique run-stuffer has been central to that. What it likely means is that the teams signing of Quinton Jefferson from Seattle will be even more valuable as he grades out as a very solid run stopper in his own right with nearly 40 pressures last season. The team actually has solid depth with Harrison Phillips also able to step in with Vernon Butler and Vincent Taylor also on the roster. Perhaps it will also advance the playing time of rookie defensive end AJ Epenesa to take some snaps.

New England Patriots: The Patriots led the league in opt outs and they came on both sides of the ball. On offense the team will have to replace Marcus Cannon at right tackle as well as fullback Doug Vitale. Cannon is going to be harder to replace as there are not many right tackles to sign, so it may have to look at bringing back LaAdrian Waddle or make a call to Demar Dotson, but depending on what is seen in camp it could just turn the position over to former third round pick Yodny Cajuste. Vitale was the signed replacement after the retirement of James Develin and so that makes whomever takes this job a massive step back. There are few teams that use the position like the Patriots and continuity may be key and internal option, Jakob Johnson, could step right in.

On defense the team lost veteran leaders Dont’a Hightower as well as Patrick Chung. There are some free agents still out there if the team wanted to place a call to Wesley Woodyard for experience or perhaps Alex Ogletree and hope that he can be coached up. It may have to wait for cuts and perhaps hope Haason Reddick becomes available. Chung may be easier to replace internally with both Adrian Phillips is rostered and the Patriots used a second-round pick on Kyle Dugger. Morgan Burnett may still have something left in the tank, but that seems an unlikely signing.

New York Jets: The headline loss for the Jets is C.J. Mosely as he was expected to quarterback the defense at the linebacker position. He was also coming back off from a season that he missed 14 games, so the team has played without him. The rumor coming into the offseason was that Avery Williamson was expected to be a cut candidate after his lost 2019 with an ACL but it may make sense to hold him and see what is left. The same uninspiring list of names for the Patriots holds for the Jets, although this roster does have Neville Hewitt, James Burgess, and Patrick Onwuaso who all have starting experience of their own.

Jacksonville Jaguars: This is somewhat of a stretch to include Rashaan Melvin and/or Al Woods because neither was not a lock to be a starter. Melvin was brought in with the chance to compete for a spot as a starter at corner while Woods was given a similar opportunity at defensive tackle on a one-year deal. What this likely means is that Tre Herndon is a lock to start opposite CJ Henderson. If the Jaguars were looking to compete this season — which they aren’t and will be awful — the team could look at Logan Ryan, Dre Kirkpatrick, or maybe Morris Claiborne. There are also older options out there with Brandon Carr and Aquib Talib. It may also just mean that Luq Barcoo can shine after being an interesting free agent signing. On the line, miscast players Timmy Jernigan and PJ Hall are still available and while some suggest reuniting with Marcell Dareus, that is not happening. It is more likely the Jags rely on rookie Davon Hamilton to spell Abry Jones.

Denver Broncos: The loss of Ja’Waun James shuffles the starting formation but also hurts the depth of the group. Denver did not draft nor sign an offensive tackle and as discussed with the Patriots, there isn’t much out there. Without James it will be Elijah Wilkinson on one side and Garett Bolles on the other. That is an uninspiring group with Wilkinson coming off foot surgery and Bolles being on the last year of his rookie deal, and Denver elected not to pick up its fifth-year option. The only other player on the roster with experience at tackle is Jake Rodgers, who has been waived (literally) 12 times in his career.

Kansas City Chiefs: The Chiefs were hit with the first opt out as guard Laurent Duvernay-Tardif opted out as did running back Damien Williams. LDT opens a hole on one side and the loss of Stefan Wisniewski to free agency has the team looking for two guards but it loaded up in the offseason. Kansas City was proactive and signed former All-Pro Kelechi Osemele as well as Mike Remmers this offseason to pair with returning veterans Andrew Wylie and Martinas Rankin. It also made a smart pick as an insurance policy with Lucas Niang in the third round. The backfield continue to be a loaded, revolving door for the Chiefs. Williams led the team in rushing last year, with 498 yards. The team is likely to slide in rookie Clyde Edwards-Helaire and from there it will be a mix of Darrel Williams, DeAndre Washington, and Darwin Thompson. If that group is uninspiring DeVonta Freeman is still available and could easily fit inside the Chiefs cap.

The AFC NORTH did not lose any starters to opt out, though Josh Tupou for Cincinnati may hurt the depth as he played in 16 games, starting four, last season. 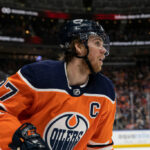 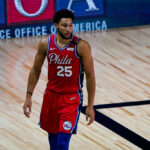