Auburn’s sophomore quarterback Bo Nix is looking to build off an impressive 2019 season, but how far can he take the Tigers? After 2,542 passing yards with just under a 60% completion rate, the kid should be a star. No reason Auburn fans not to hold SEC title expectations with a year of experience under Nix’s belt.

One year ago today, Bo Nix threw a go-ahead TD to Seth Williams with nine seconds left, lifting Auburn to a season-opening win over Oregon, 26-21. pic.twitter.com/xd0P99IQHn

Most teams fail to give valuable experience in tough games to young players, but Auburn managed to get it done. Can’t hurt that former Arkansas coach Chad Morris gets to work with the kid as offensive coordinator. Focus for Morris will need to be most on improving Nix’s accuracy downfield. He made a habit of overthrowing open receivers, but this can be fixed with proper adjustment.

Auburn HC Gus Malzahn on QB Bo Nix’s accuracy issues: “Whether it was adrenaline or whatever, there were a few overthrows that were uncharacteristic.”

Don’t forget the rest of this team

The Auburn Tigers runs out a monster front seven that will only help Nix get more comfortable. Assuming the team covers in the opener with Kentucky — something not assured with what UK returns — the first major test comes Oct. 3rd against Georgia and should give fans a temperature on if this season will goes as hoped. Considering they don’t have much time to prepare for this game, there’s no telling how it could go.

Expect the offense to make a few adjustments based on some of his mistakes in the 2019 season.

No shame in game planning to a player’s strengths, while at the same time asking them to improve at what wasn’t working last year. If this team can better manage Nix’s game, the SEC is in trouble.

Charles Barkley and the Auburn Tigers can bank on a monster sophomore season for Bo Nix. Everything is starting to shape up for Auburn and we look forward to seeing them face off with No. 23 Kentucky this weekend! 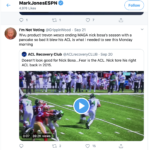 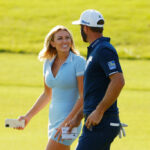