Week 8 of the NFL season is here. Get ready by signing up for the FanDuel Sportsbook here.

Let’s look at the best bets of the week:

I can’t quite figure out either team. At times, both look like AFC contenders. In other games, they look barely look capable of making the playoffs.

That said, Las Vegas’ deep game is among the NFL’s best. Derek Carr, with his 72% completion percentage, is a level ahead of Baker Mayfield.

What a shame this isn’t the Sunday Night Football matchup. What an even bigger shame Cowboys-Eagles is.

The Ravens struggle when forced to leave the run game and pass the ball. No team is better against the run than Pittsburgh.

I got Lamar Jackson winning a close game, though. He needs it more than Big Ben, who will lead a cover.

Are the 49ers going to have enough players for this matchup? Man, it seems that this team gets a player back only to lose three more.

Coming off a loss, Seattle is going to be too much for this depleted squad.

Later in the year, the 49ers can rebound. Sunday, they are handed L No. 4. 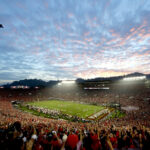 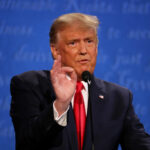