Week 6 of the NFL season is here. Get ready by signing up for the FanDuel Sportsbook here.

Let’s look at the best bets of the week, via FanDuel:

If this matchup weren’t so juicy, I’d stay away.

With the NFL’s best run game, defensive playmakers, and ridiculous talent at the skill positions, Cleveland is capable of beating any team. That’s the first time in decades we can say that.

The problem is that Pittsburgh is slightly better. Ben Roethlisberger is back with stud rookie wide receiver Chase Claypool. And if there’s one NFL team that has more talent on defense than the Browns, it’s the Steelers.

Take the Browns and the points.

Green Bay is only favored by 1?

Thus far, Green Bay is the best team in the NFL. Aaron Rodgers vs. Tom Brady sounds great. Yet in 2020, the legends aren’t equal. Rodgers is back to his MVP form. Brady is still trying to figure out what down it is.

Tampa Bay’s players can’t stay healthy. Every offensive weapon Brady has is hurt, out, or questionable.

If the Bucs don’t move the ball early, this gets ugly fast.

This line doesn’t make any sense. The Bills are 4.5 underdogs at home?

Kansas City has had one good game this season, albeit against the Ravens. The Chiefs can’t stop the run, couldn’t stop the Raiders pass-rush, and despite all their weapons, aren’t consistently great on offense.

The Raiders, Chargers, and Patriots exposed the Chiefs’ glaring weaknesses. Buffalo is better than all three.

Kansas City has problems, and Buffalo wins the matchup advantage. 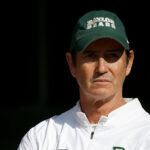 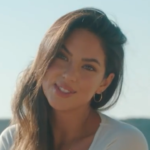