Last night marked the end of the second week of the 2020-21 NBA season. If you didn’t see our Week 1 MVP rankings, check them out. Admittedly, the opening week MVP rankings were a little chalky because most teams had played only 2-3 games at the time.

Luka Doncic’s inefficiency and the woes of the Porzingis-less Dallas Mavericks have caused him to drop out of the Top 5 of our Week 2 rankings. Stephen Curry’s ridiculous 62-point performance and the unexpected success of the Golden State Warriors was enough to launch him into our Top 5. Kevin Durant’s efficiency and continued statistical dominance keeps him in our Top 5, and Giannis is starting to look like, well, Giannis. Julius Randle, who is averaging 22.1 PPG, 11.4 RPG, and 7.4 APG on 50.9% from the field, deserves some more love, but those stats still weren’t enough to crack our honorable mentions list. So shoutout to Julius Randle once again. Some other players just barely missed out on cracking the Top 5, so let’s get into a few honorable mentions.

All MVP odds listed are from FanDuel, at its “Player Futures” tab on the NBA page.
If you do not yet have a FanDuel account, go sign up now!

James Harden (+1800) and the new look Houston Rockets are struggling to get going in the young NBA season. They currently sit at 2-3, which is good for 12th in the Western Conference. I expect the Rockets to figure out how to translate Christian Wood and James Harden’s box score dominance along with the re-emergence of a healthy John Wall into wins, but for now, Harden just misses out on cracking the Top 5. He’s scoring efficiently, he’s facilitating the offense, but his defensive presence isn’t strong enough to overcome the lack of team success and vault the one-time MVP into our Top 5.

Trae Young (+4600) is another player who is having an incredible season so far. His statistics have remained constant in comparison to last year, despite the Hawks making several marquee moves in free agency, bringing in Rajon Rondo, Danillo Gallinari, and Bogdan Bogdanovic. However, Young’s efficiency, 44% from the field and 33% from three point land, keep him out of our Top 5. Week 2 saw the Atlanta Hawks come back down to earth after their 3-0 start, as they went 1-3 this week. If Trae Young can increase his efficiency and the Hawks can continue to win more games, he could certainly make an appearance in our MVP rankings.

Nikola Jokic continues to find success on the court, but the Nuggets continue their surprising struggles as a team. They currently sit at 3-4 and 11th in the loaded Western Conference. The Nuggets’ struggles were just enough to keep Nikola Jokic out of our Top 5, but he is still off to a historical start. His 24.1 PPG rank top 20 in the league, his 11.7 RPG rank top 5 in the league, and he is leading the NBA in assists at 11.9 per game. His efficiency has been tremendous, but his offensive prowess is not enough to overcome his lackluster defense and the Denver Nuggets’ slow start. If the Nuggets figure things out, the Joker could absolutely work his way back into our Top 5.

Now, let’s delve into the rankings.

Giannis Antetokounmpo looked like his usual self during the second week of the 2020-21 NBA season. He averaged 32.7 PPG, 11.3 RPG, and 7.3 APG while leading the Bucks to a 2-1 record on the week. He also put on a clinic against the Detroit Pistons when he dropped 30 points in the first half, finishing the game with a Giannis-eqsue 43 points and 9 boards on 71% shooting. Antetokounmpo is also getting it done defensively, averaging nearly a block and two steals per game, and will certainly be a contender to win the Defensive Player of the Year award. The Milwaukee Bucks are starting to figure things out, and they currently sit at 4-3, which is good for 7th in the Eastern Conference. Their offense is starting to take shape, and their defense is among the best in the league. If the Bucks get rolling, Giannis could find himself firmly in the conversation for a third straight MVP.

Joel Embiid is off to a scintillating start, leading the 76ers to a 6-1 record, which is the best in the NBA. Is it too early to write off the Joel Embiid and Ben Simmons experiment? Their defense has been spectacular, and the moves they have made in free agency, adding Danny Green and Seth Curry, have improved their spacing. Embiid is 3rd in the league in rebounding and leads his team in points and blocks. Imagine having to drive past 6’10 Ben Simmons only to get met at the rim by 7’0, 280 lb Joel Embiid. If Doc Rivers can lead this 76ers squad to finish atop the Eastern Conference, Joel Embiid could become the first center to win the MVP award since Shaquille O’Neal in the 1999-00 season.

LeBron James checks in at 3rd on our MVP rankings this week. His field goal percentage has dropped 2.6% from his career numbers, but his three-point percentage has improved to 37.5%, which is more than a 3% improvement from his career numbers, largely due to his better shot selection from three. The Lakers went 4-0 in the second week of the season, and they currently hold the second-best record in the NBA. Their 6-2 start has them atop the Western Conference. As I said last week, the Lakers are the best team in the NBA, and LeBron James is their best player. This notion alone should keep James in any MVP discussions for the duration of the season. Voters will have difficulty casting ballots against LeBron if he continues to lead the Lakers at the age of 36 and they finish with the best record in the NBA. Expect LeBron to make more appearances in our Top 5 throughout the rest of the season.

It is officially safe to say Kevin Durant is back. The 2013-14 MVP and two-time Finals MVP is putting up numbers reminiscent of his 2014 campaign. Durant’s shooting splits (51.5/45.5/88.5) are ridiculous, and he’s getting it done on the defensive end of the court, where he averages a block and steal per game as well. Aside from Dominique Wilkins, virtually no one has ever returned from an Achilles tear and improved their statistics, but Kevin Durant is on pace to do just that. Durant’s 28.2 PPG are good for 5th in the NBA, and he somehow has one-upped his career numbers, despite the devastating injury he suffered in the 2019 NBA Finals. I fully expect Durant and the Brooklyn Nets to figure things out. Last night, despite Durant being sidelined due to COVID contact tracing, the Nets dominated the Utah Jazz, who have been a fixture in the playoffs over the last four years. As the Nets continue to win games and climb atop the Eastern Conference rankings, Durant will be a legitimate contender to bring home his second MVP award.

Stephen Curry had a week, ladies and gentlemen. The two-time MVP averaged 39.3 PPG and lead the Klay Thompson-less Warriors to a 2-1 record on the week. The Warriors currently sit at 4-3 and 4th in the Western Conference. Curry is almost single-handedly willing this team to blowout victories. Last season, this Warriors team finished dead last in the NBA, and their only noteworthy offseason additions were 2nd overall pick James Wiseman and Kelly Oubre, who has struggled so far this season. Curry’s career high 62-point performance against the playoff-bound Portland Trail Blazers vaults him all the way up to No. 1 on our Week 2 rankings. He is scoring efficiently, per usual, and if Curry can will this Warriors team to a top 4 seed in the stacked Western Conference, he could join Magic Johnson as only the second point guard in league history to bring home three MVP awards.

All MVP odds listed are from FanDuel, at its “Player Futures” tab on the NBA page.
If you do not yet have a FanDuel account, go sign up now! 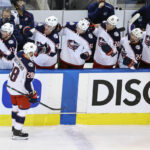 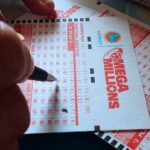