Week 11 of the NFL season is here. Get ready by signing up for the FanDuel Sportsbook here.

No week so far has a better slate of primetime games than Week 11. Let’s bet all three

The NFL couldn’t find a better matchup. Tonight, the Cardinals and Seahawks meet at 6-3 each, in a rematch of the game of the year.

Seattle’s defense gives cause for concern, but it’s impossible to believe Russell Wilson is losing a third game in a row.

Kyler Murray is special, that’s clear. Wilson is the better QB, for now.

Earlier this week, the line was Raiders +7, and I jumped on it. Now, I’m even more thrilled about what is my favorite bet of the year.

Las Vegas is winning this game.

In Week 5, Las Vegas beat Kansas City and Derek Carr outplayed Patrick Mahomes. The latter will be necessary for the win, not the cover, which will be obvious by the half.

Sunday night, with downfield passing, the Raiders make a statement.

This game could go either way. Both teams are week-to-week mysteries. In this unpredictable matchup, take the team getting the points.

I’ll even pick the Rams to win in a great Monday Night meeting.

Bet all the games at FanDuel here. 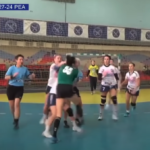 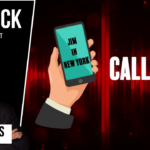