The Washington Wizards entered the 2020-21 season with the hopes of taking a big leap forward in the Eastern Conference, but it has been a tough go that could eventually cost their head coach his job.

A report from The Ringer’s Kevin O’Connor says that head coach Scott Brooks is “sitting firmly on the hot seat,” as the team has limped to a 2-8 start 10 games into the new season.

The 55-year-old is in his fifth season running the Wizards. In his time as coach, he’s 151-177 with a pair of playoff appearances, but the team hasn’t made the playoffs since the 2016-17 season.

Washington was counting on the trade to get Russell Westbrook along with an improved Bradley Beal so that the team could turn the corner and contend.

Instead, they have struggled. The question now is can the team find a way, and will Brooks be a part of the team if they do?

Brooks was highly regarded when he came to Washington. He spent six seasons as an assistant coach for various teams and seven seasons as the head coach of the Oklahoma City Thunder (2008-15).

He and the team have been hurt with injuries and inconsistent play. The team has already lost Thomas Bryant to a torn ACL this year, and the club is allowing an NBA-worst 122.7 points per game.

One thing the Wizards have going is their offense. They are averaging 119.7 points a night, second in the league, but that’s not been enough to overtake their bad defense.

If Brooks can’t get things turned around in a hurry, the Wizards very well could be in the market for a new coach sooner or later. 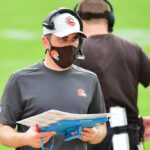 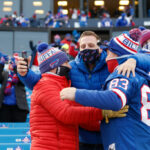