On Thursday the Washington Post published a 2300 word article about me on the front page of their sports section. The article, which was titled, “Clay Travis is Trump’s Secret Weapon in the Fight Over College Football,” featured just 94 words in quotes from me.

All of those quotes were taken out of context and one of them wasn’t accurate at all.

In reality, I spoke with the Washington Post for over an hour. The transcript of our conversation filled 28 single-spaced pages. This morning I published the audio file of the entire Washington Post interview on our Outkick the Show podcast so anyone who wants to listen to the audio of their questions and my responses can do so.

Almost nothing of what I said to them was included for their profile.

You need to read my target=”_blank”>article on the dishonesty of the piece here.

I knew the piece wasn’t going to be an accurate reflection of what I said so I recorded the entire interview and on Friday posted the transcript of the Washington Post’s questions and what I actually said in response to those questions. It will be an eye opening read for many of you because it demonstrates how fundamentally artificial much of the journalism that claims to be “unbiased” and “objective” really is.

This was an agenda-driven hit piece designed to make me, Outkick, and Jason Whitlock all look bad. Truth, accuracy and honest reporting was never the goal of this piece.

Yesterday the Washington Post acknowledged the inaccuracy of its piece by adding the following comment at the end of the online version of the article they published about me.

“This story has been updated to reflect that Travis, in an interview with the Washington Post, said he had a lot of “listeners” in the White House, not a lot of “fans.”

Today, without notifying me at all, @washingtonpost put a note at the bottom of their article acknowledging they’d misquoted me. Think about how many people they’ve done this to who didn’t have the time or resources to tape their own interview & have a transcript. pic.twitter.com/ciHvLZWB0Q

It’s important to note what is going on here.

1. The Washington Post published a dishonest and factually incorrect article about me.

2. When I published the actual transcript of their questions and my responses to those questions the paper changed an inaccurate quote and made a notation at the bottom of an online article that almost no one would see.

3. No one at the paper reached out to acknowledge they’d misquoted me or to apologize for their error.

4. These mistakes were made even though I told the paper I was recording our interview and would publish the transcript if their article took my quotes out of context or incorrectly quoted me.

5. The only reason any of you even know this error occurred — or about how dishonest and untrue the piece they wrote was — is because I own my own media company and can demonstrate all the dishonesty in their work by publishing a transcript and response on this site.

Put simply, the paper, which allegedly prides itself on journalistic accuracy, mischaracterized and misconstrued everything I said to them and even though they only used 94 words from me, they couldn’t even correctly quote what I said and publish it in their article.

What’s more, when they were caught publishing factually incorrect information, they made a quiet alteration and refused to even notify the person they wrote about, me, that they’d corrected the error.

It’s a question every reader should be asking.

In the meantime, I encourage you to read my story about the paper’s failed and dishonest reporting and to listen to the entire audio podcast of our interview.

And, as always, thanks for supporting Outkick and I hope all of you have a great Labor Day. 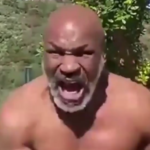 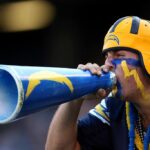