The photos of band students playing instruments inside tents normally reserved for soccer moms freezing on the sidelines during a fall match are not only real, they’re going to look absolutely bizarre to future generations who wonder why high school band students were inside the pods.

School is back in session four days a week in Wenatchee, Washington, 150 miles east of Seattle. In what appears to be an attempt to prevent band students from blowing ‘VID spit on each other, someone at the school came up with the idea to put students in the tents.

This is a high school band practice in Wenatchee,WA pic.twitter.com/q2prCJemX0

“It is amazing the level of energy in the building, having adults interacting with kids but also the conversations of adults to adults,” Wenatchee Principal Eric Anderson told the local Wenatchee World. “You get kids back in the building, you get a lot of smiles even with masks on. You can tell people are happy.”

According to reporter Ian Dunn, half of the band practices at a time due to a limited number of pods.

In its February 19 update, the CDC guidance states:

As for just going outside and getting some fresh air, it appears the weather is starting to get a little warmer in Wenatchee. I’m not up on how warm it needs to be to get the kids outside to strike up the band, but let’s hope that temp gets here soon because it doesn’t look too comfortable inside those tents that are made for moms crushing vodka/orange juice while watching little Kaden run his butt up and down a soccer pitch. 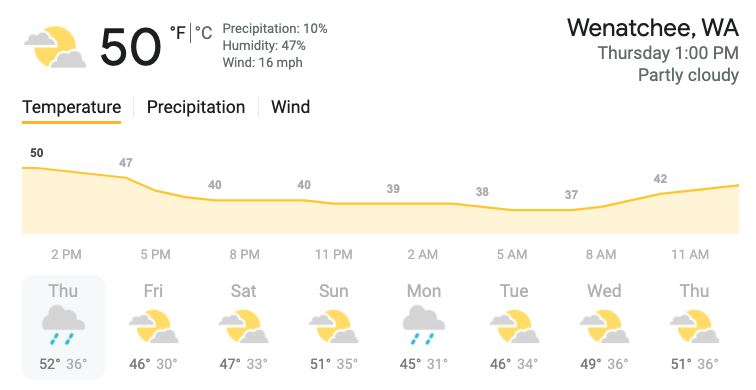