Athletes have now discovered another benefit to doing interviews virtually. If you are not happy with a question, you can completely avoid it. You don’t have to say “no comment” or anything. You just simply disconnect from the interview.

“Sorry, my WiFi dropped” is such a quality excuse. No one will know if you are telling the truth or not. The timing of it might make some people suspicious, but there is absolutely no way to prove it’s untrue. Boom! The perfect way to dodge uncomfortable questions.

Los Angeles Dodgers pitcher Walker Buehler performed this tactic to perfection — or at least we think he did. We can’t prove it. But during an interview with ESPN on Thursday, the World Series champion had his connection drop directly after he was asked about teammate Justin Turner.

The controversy surrounding Turner’s COVID-19 diagnosis has been documented. After receiving a positive COVID test during Game 6 of the World Series, the third baseman exited the game early. After the team’s win, however, he returned to celebrate with teammates.

That has not gone over well with some, and his teammates have had to face some tough questions about his choice to return. But Buehler apparently wasn’t having it. Stephen Hicks with ABC30 caught the hilarious exchange and posted it to Twitter.

To be fair, it does look like Buehler’s face freezes prior to losing the connection, but the timing is incredible. We like to think he held very still while someone behind the scenes pulled the plug. That is way more fun than a lost connection.

If he did dip out on the question, it would bring a whole new meaning to the word “Dodger.” 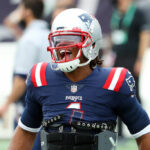 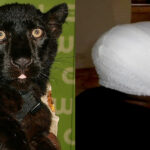