With apologies to site founder Clay Travis, as well as many loyal readers of Outkick, the Vols were not going to beat Georgia this weekend. Tennessee has not bettered a Top 10 team since 2006. It was not happening.

Sure, there was plenty of optimism at halftime — maybe even elevated expectations — but the final score was right on par for where the two programs are. Also, let’s be honest, the six-game SEC winning streak, and eight-game overall streak, was built on solid wins but not upsets. If Tennessee is going to become more than a Gator Bowl squad, it wins those games every year.

Simply put: Georgia was not the measuring stick for Tennessee. As much as Vol fans may not want to hear this, Kentucky is. At least right now.

Kentucky is a solid football program. It has established itself as more than a doormat in the SEC. It is a barometer game. The top half of the league still expects to beat the ‘Cats. The bottom half is not going to do so without some breaks.

Where Tennessee is on that scale is TBD.

Tennessee had self-inflicted wounds against Georgia. It had more penalties on Saturday than the previous two games, combined. It gave up two strip sacks in the second half. Jarrett Guarantano tossed an interception — which should have been two — and the program saw its lead evaporate.

Jeremy Pruitt was honest with the evaluation.

“Didn’t run the ball very well, didn’t protect very well. Now, is that something Georgia did and had something to do with? Probably,” he said. “There are some things I’m sure they did that we haven’t seen yet. But we’re better than that. We need to play better than that.”

The Vols can absolutely play better than that.

Come Saturday’s noon kickoff at Neyland Stadium, the team will have to. Kentucky beat Mississippi State 21-2 Saturday night at Kroger Field in Lexington, it lost by a missed extra point against Ole Miss. This is not a walkthrough of a game.

Pruitt knows that is not a locked in win, too. He knows that getting up after being knocked down will show where the program is.

“You find out who you are, right?” he said. “You have to go look in the mirror and see how we can all fix ourselves. What’d we do right this week and what did we do wrong?”

If Tennessee is ready to take that next step it has to forget Georgia and focus on Kentucky. From there, Texas A&M, Auburn, and Florida are all still measuring stick games for this squad. 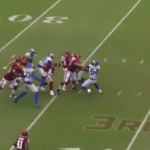 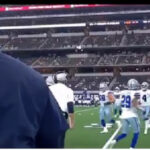