Multiple reports out of Knoxville Sunday night had Vols head coach Jeremy Pruitt firing defensive line coach Jimmy Brumbaugh, who was also a co-defensive coordinator, after a brutal 34-7 home loss to Kentucky that had at least one fan throwing beer bottles.

The timing is clearly odd since Brumbaugh was just four games into a two-year, $1.3 million contract. The Vols will now be on the hook for $800k. What’s going on here? It just so happens that John Chavis’ middle school coaching season came to an end Thursday night in Knoxville. The 30-year SEC vet who coached at Tennessee from 1989-2008, including thirteen seasons as defensive coordinator, said in early October that he wanted “to see what else is out there” for 2021.

“If it’s over, it’s over,” Chavis said. “But before I say it’s over, I want to see what else is out there, college or NFL. I’ve got some people who have talked to me and are talking to me, and I’d even take a high school job. I love doing this. I’m going to coach as long as I’m healthy and the good Lord wants me to do this. I’ve still got that passion.

“But if it is over, I don’t have any regrets. The only regret would be leaving with a bad taste in your mouth after the way it ended at Arkansas and Texas A&M.”

Pruitt might not have to go far to find his next defensive line coach. 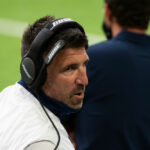 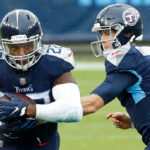