In what appears to be a tribute to the January rumor that Tennessee football assistants were handing cash over to recruits via McDonald’s bags, the Tennessee Vols baseball team kicked off its home season Tuesday against Arkansas-Pine Bluff with a new home run tradition and a 21-1 victory.

Junior infielder Max Ferguson jacked an opposite-field shot in the third inning to break a 1-1 tie and celebrated with his teammates by raising a McDonald’s bag over his head. That’s right, he secured the bag with the team’s first home run of the season.

The #Vols baseball team home run celebration prop is a McDonalds bag. Trolling your own football program is iconic. pic.twitter.com/VTlEZ6mQSz

Now, will the Vols baseball team continue this home run celebration moving forward? I’ve been looking for evidence of senior utility guy Pete Derkay raising the bag after his 2-run homer in the 8th inning.

“Some of the campus visits were not organized or they were not above board, but they were handing out cash — I don’t know if it was through the drive-thru,” he joked. “So you literally had bag-men and they put the cash in McDonald’s bags and handed it to the recruits. My source said they were so in-your-face with this. They weren’t even trying to hide it. And that’s where my source said, ‘Tennessee got sloppy. Georgia has gotten sloppy, but there’s been no word on the NCAA looking at Georgia.’”

The Vols ended up hiring Josh Heupel as the school’s next football coach, but the baseball team isn’t about to let the Jeremy Pruitt old guard off without some old-fashioned McDonald’s secure the bag home run fun. 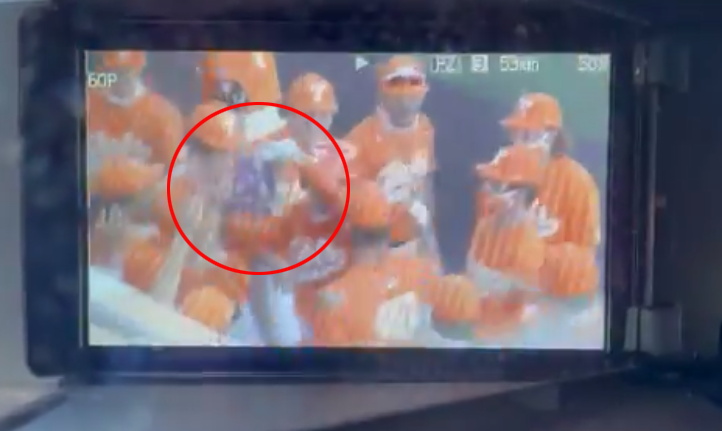